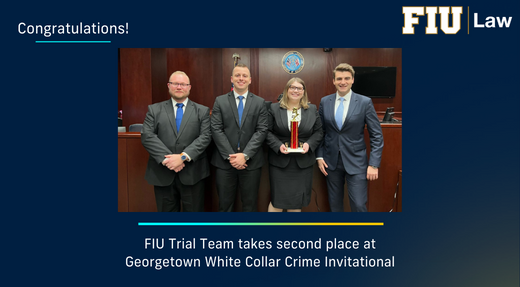 The FIU Law Trial Team returns from Washington, D.C., having reached the finals at the 2022 Georgetown University Law Center’s White Collar Crime Invitational, earning FIU both an automatic bid to compete in next year’s competition and, importantly, points toward the 2022-2023 national trial team rankings. 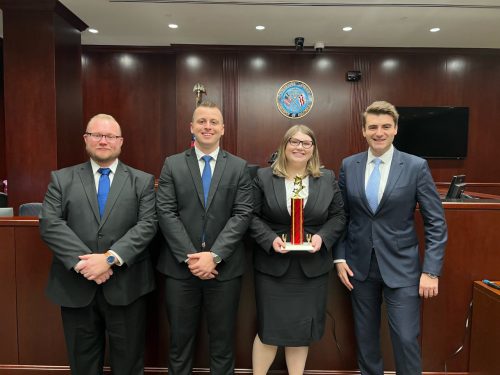 The team took the end result — though disappointing – in stride.

“The effort our students continue to put in, combined with their natural talent and dedication to craft, continues to make them great, and has put our trial team on the map among the very best in the country,” said Professor H. Scott Fingerhut, Assistant Director of the Trial Advocacy Program and the team’s lead coach.  “We had not competed at Georgetown for almost ten years, so this was a pleasant return to D.C., and a significant opportunity to showcase our very special FIU Law brand of passionate principled advocacy on a national stage.

“We look forward to vying for the title next year.”

The trial involved the federal indictment of a sitting city councilwoman for making a false statement on her summer dream-home mortgage loan application.

The team has already begun preparation to defend both titles next semester.