The Faculty Recruitment Initiative is an effort by several law faculty leaders from around the country aimed to provide a resource for law students from a host of non-traditional backgrounds interested in entering the academy. If you are interested in the Initiative, please contact Ediberto Roman at romane@fiu.edu. 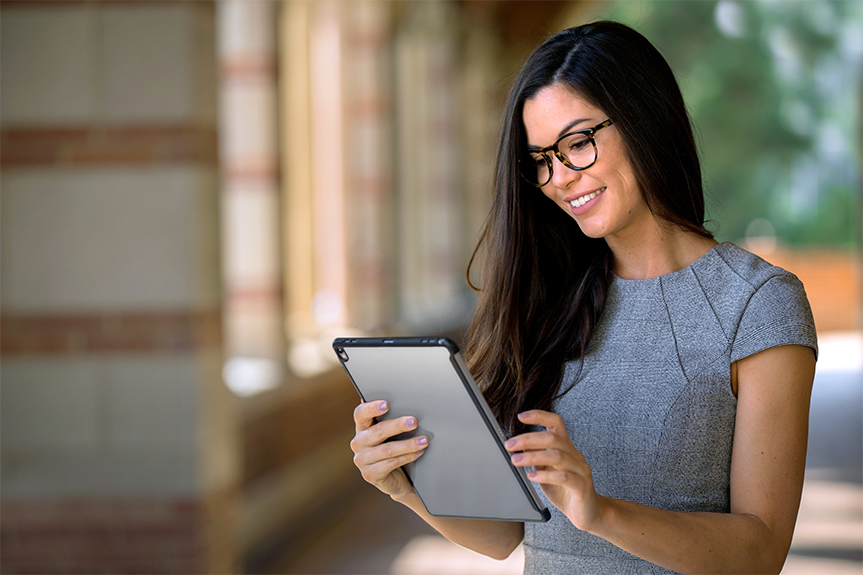 This initiative is to attract interested students to send the initiative's founder,  Professor Ediberto Roman, their CVs and draft articles. Professor Roman will review and work with each applicant and their materials. After improving said applications, Professor Roman will eventually forward these materials to law deans and appointments committee chairs from across the country. Thus far, over a 100 law faculty that have committed to reviewing interest students' materials, and forwarding them to their respective appointments committees, and a over a dozen law deans have similarly agreed to become active with this initiative.

This group of faculty friends will be asked to "adopt" individual candidates, and some will attend conferences such a LLSA, NBA, HNBA, and others regional law conferences near their respective cities. This model will follow the Herculean efforts Michael Olivas undertook decades ago when he almost single-handedly changed the number of the Latinx law professoriate from 20+ members when he started to eventually over 200 members, a number that has remained largely stagnant for decades. Given that the initiative will include several committed law faculty, the initiative's team is confident they can reach and affect an even broader group.  In the coming weeks, leaders at FIU will be sending out letters to student groups around the country, which will include Latinx, Black, Asian, and Native American student associations.

For those interested students that may not be ready to enter the academy, the initiative will recommend and direct these students to LLM programs, etc., and generally try to provide them useful advice on how they might be able to fulfill their dreams. 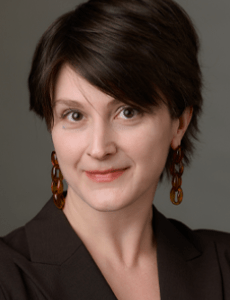 "When I was on the legal academic job market, I reached out to Professor Ediberto Roman with a cold email seeking his guidance. As a Latina lawyer with an atypical background for an aspiring academic, I was eager for the additional support and perspective. Professor Roman was incredibly warm in his reception, gracious with his time, and wrote messages of introduction to others in the academy to assist me with the search. While I enjoyed great support from mentors and colleagues I have known over the years, his honest assessment of my materials from an outside perspective was perhaps some of the most valuable in my search. I am deeply grateful to Professor Roman and the Olivas Faculty Recruitment Initiative for support in securing my position." 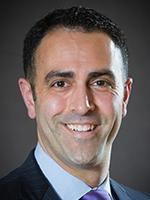 “The FRI was an invaluable resource in my search for a position as a full-time law school advocacy professor.  While I had been working in an adjunct role since 2016, I still needed guidance both because of the differences between full-time and part time law school hiring and the rarity of full-time advocacy positions.  Professor Roman thoughtfully matched me with Ira Robbins as a mentor, and I am incredibly appreciative of their time, effort, and wisdom throughout the hiring process.  I am excited to provide similar guidance as given to me by Professors Roman and Robbins through the FRI.” 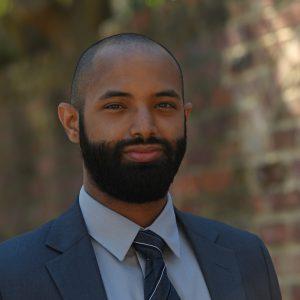 "The FRI was instrumental in helping me secure a tenure-track academic position.  The mentors are wholly committed to your success and their selflessness in that endeavor is manifest.  Professor Ediberto Roman and my mentor Tony Varona set aside so much of their valuable time to explain the hiring process, the way in which I should approach my applications, and even conducted an in-depth mock interview where they provided invaluable feedback afterwards, all of which allowed me to enter official job talks with confidence. Even after my interviews, Ediberto and Tony made themselves available to discuss job offers and how to negotiate key elements that were best for me and my family. But the initiative does so much more than help participants in the hiring process.  The initiative does the important work of bringing future professors into the academic fold and is crucial in facilitating significant bonds that are essential for the diversification of the legal profession.  In my view, the FRI plays a pivotal role in community building in a profession where so many have been excluded from participating. I look forward to playing my part as well by continuing to uplift, connect, and support diverse academics."

"I cannot say enough about how much the FRI assisted me in entering the academy. After almost a decade practicing law, I needed guidance from seasoned academics who are familiar with the norms and unwritten rules of law school hiring. Professor Roman was incredibly accessible and matched me with the legendary Michael Olivas as a mentor; I am immensely grateful to have received the wisdom and active support of the FRI's namesake. I look forward to paying it forward as an associate professor at Loyola Law School, Loyola Marymount University." 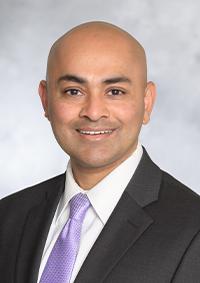 "The FRI has assisted me in understanding more about the legal academy and in helping me to advance in my academic career. Professor Ediberto Roman provided guidance and introductions to experienced members of the legal academy, and I am grateful for their valuable insights and advice. The FRI paired me with Dean Kevin Johnson, who has been a mentor and generous in spending time and sharing his wisdom with me. I think such introductions and interactions are beneficial for a faculty member's development as a scholar and teacher, as well as for leadership and advancement as an academic. I hope that someday that I will be able to provide similar guidance as given to me by Professor Roman, Dean Johnson, and other experienced professors via the FRI." 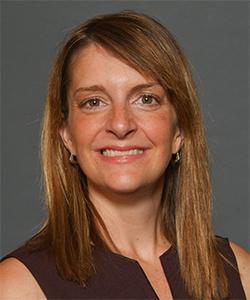 "The FRI was vital in facilitating my transition from full-time lecturer to tenure-track professor.  After many years of teaching, I was familiar with academic world but not with the faculty recruitment process.  Professor Roman paired me with an exceptional mentor, Matt Bruckner, who helped me navigate the screening and callback processes and shared strategies that yielded success.  Working with Matt helped me to understand my strengths and to anticipate the questions that were sure to come my way.  I’m extremely grateful to Professors Roman and Bruckner, and to the FRI for providing this structural support.  I look forward to joining the FRI as a mentor next year, from the perspective of a tenure-track professor at Georgia State University College of Law."

IMMIGRATION LAW TEACHING AND SCHOLARSHIP IN THE IVORY TOWER: A RESPONSE TO RACE MATTERS

LA GRAN LUCHA: LATINA AND LATINO LAWYERS, BREAKING THE LAW ON PRINCIPLE, AND CONFRONTING THE RISKS OF REPRESENTATION

Tulane Law School invites applications for a Forrester Fellowship. Forrester Fellowships are designed for promising scholars who plan to apply for tenure-track law school positions. The Fellows are full-time faculty in the law school and are encouraged to participate in all aspects of the intellectual life of the school. The law school provides significant support, both formal and informal, including faculty mentors, a professional travel budget, and opportunities to present works-in-progress in various settings.

Q: What is the goal of the Olivas FRI?

A: To assist highly qualified law faculty candidates in their efforts to enter the academy. While we will assist any person interested in a mentor, our emphasis is to assist non-traditional candidates, especially racial and ethnic minorities.

Q: Who is eligible?

A: Any law student or recent law grad interested in entering the legal academy. We will not turn anyone away. We will however be at times brutally honest---if we believe a candidate will need to improve their application by attaining an advanced degree, such as an LLM, SJD, or PHD, we will advise the candidate to pursue such paths. The legal academy is extremely competitive, and thus, only the most qualified candidates are hired. We at FRI aim to assist improve the chances of the best qualified, especially racial and ethnic minorities, who happen to be woefully underrepresented in the legal academy.

Q: What is the Process to become an FRI fellow?

A: Interested persons should contact Professor Ediberto Roman via email. In your email, please put FRI in the subject line. After initial email exchanges where Professor Roman gathers educational and professional credentials, he typically arranges a phone conference with each potential fellow. Once that call is made, Professor Roman seeks to match the new FRI fellow with a mentor. The mentor then reaches out to the fellow and they work together on gathering information on the fellow’s interest and potential. That effort may include reviewing writing samples, assisting with the faculty recruitment process---the AALS conference where candidates are interviewed, and even conducting mock interviews and reviewing all submissions each mentee submits to law schools.

Q: What does the FRI cost?

A: There is a finder’s fee every FRI fellow must pay---they must commit to help other underrepresented groups. In addition, the FRI asks that each fellow once becoming a law professor, they agree to assist future fellows and provide testimonials concerning the FRI process and its impact.

Q. Who is The Olivas Faculty Recruitment Initiative named after?

A: The FRI is named after Dr. Michael Olivias. You can learn more about him and the influence he has in this recording at his funeral mass.

Tribute from Professor Roman on Dr. Michael A. Olivas passing.