FIU College of Law is proud to present virtual discussions and webinars that highlight our alumni, faculty and staff. We look forward to sharing alumni success stories, industry trends, professional tips and resources, and community matters. Please see below for past discussions and stay tuned for upcoming discussions. 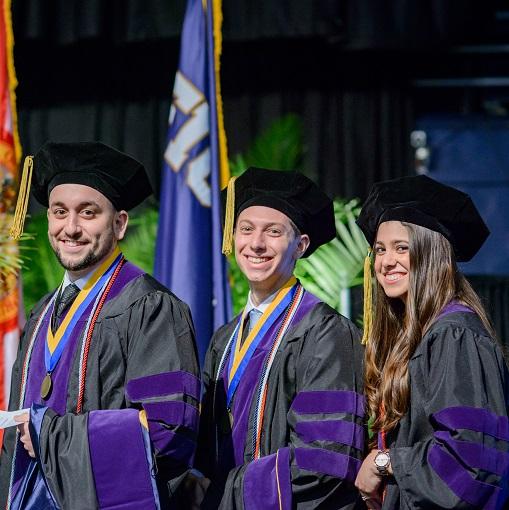 The State of the healthcare industry during COVID-19

Abraham “Abe” Ovadia, is the founder of Ovadia Law Group, PA. He is currently eligible to practice law throughout Florida. Abe’s main focus is representing those people who were seriously injured in an accident. He began his legal career handling Personal Injury Protection (PIP) cases, and filed more than 1,000 lawsuits in his first year alone. Abe has built his reputation in the legal community and put insurance companies on notice that he is not afraid to litigate on behalf of his clients. Ovadia Law Group has four offices is FL and frequently travels to Jacksonville, Tallahassee, Tampa, Orlando, and the Florida Keys to meet with medical providers at their offices.

Ivan Parron has 20+ years of legal and executive experience in the television, music, motion picture and sports industries. He represents a wide range of entertainment and sports industry clients including artists, actors, celebrities, athletes, record labels, music publishing companies, TV production companies and film studios. He was voted among the Top 50 Music Industry Attorneys by Billboard Magazine who ranked him among the “go-to lawyers in the music business and for best performance in music law” and is well known in the world of television and worked as legal counsel with numerous productions including, “The Voice”, “American Idol”, “X-Factor” and “The Real Housewives of Miami.” Ivan is a certified NFL and NBA player agent, a 2-term elected board member and Grammy Governor of The Recording Academy, an active member of the Academy of Television Arts and Sciences, the immediate past-Chair of the Florida Bar’s Entertainment, Arts and Sports Law section, a board member of Film Florida and a Miami-Dade County Commissioner appointed member of the Film & Entertainment Advisory Board.

Prior to his current roles, River was the Senior Director of Application Development, Business Intelligence, Infrastructure, and Security at AutoNation. Prior to his role at AutoNation, he worked at some of the largest corporations in the world, including GE, Motorola, and Burger King Corporation.

SBA and BLSA - Three-part panel series on the events arising from the killing of George Floyd.

Part One: Where We Are – Race, Protest, and the Role of Lawyers

Part Two: What We Might Do – Allegiance, Alliance, and Allies

Part Three: The Role of FIU: Alumni in the Current Crisis

Professor Lozada discusses the significance of attending to lawyer well-being and offers an introduction to the practice of mindfulness, a tool that can help professionals reduce emotional reactivity, enhance attention and self-control, and cultivate healthy relationships. For questions, please contact Jasmin Grant at jagrant@fiu.edu.

This discussion focuses on the Just Mercy film and think-tank on what we are doing and can do in the future to address the issues of our criminal justice system.

The discussion is hosted by FIU Law and Florida Center for Capital Representation (FCCR) with an introduction from Antony Page, dean of the FIU College of Law. Phyllis Kotey, director of Externship and Pro Bono Program, FIU Law Clinic, will lead the discussion.