Our students’ annual trip to the courthouse to observe a significant court hearing and then engage the presiding judge, counsel for both parties, and FIU Law alumni in an open discussion on justice, the life of the trial lawyer, and how our Trial Advocacy Program paves the way for a meaningful career in the courtroom.

In the words of the court, “this case is a tragedy – in every sense of the word.”

The Third District Court of Appeal affirmed the conviction and sentence with a written opinion on August 7, 2015.

Here is the trial court’s order.

Here is the appellate opinion.

Here are the Motion for Downward Departure and to Mitigate Sentence.

Here is the defendant’s letter to the court.

You will be there. 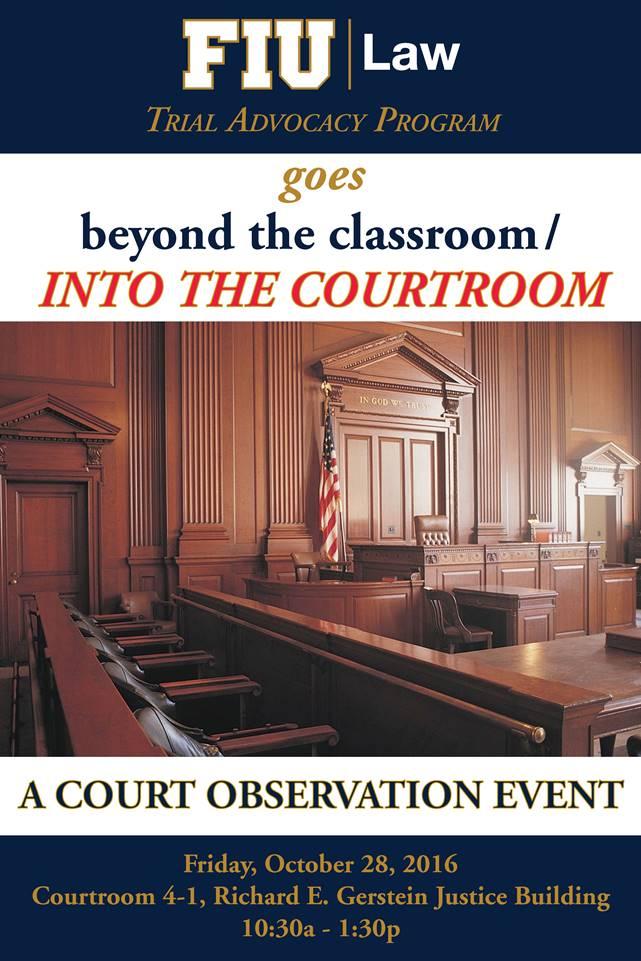