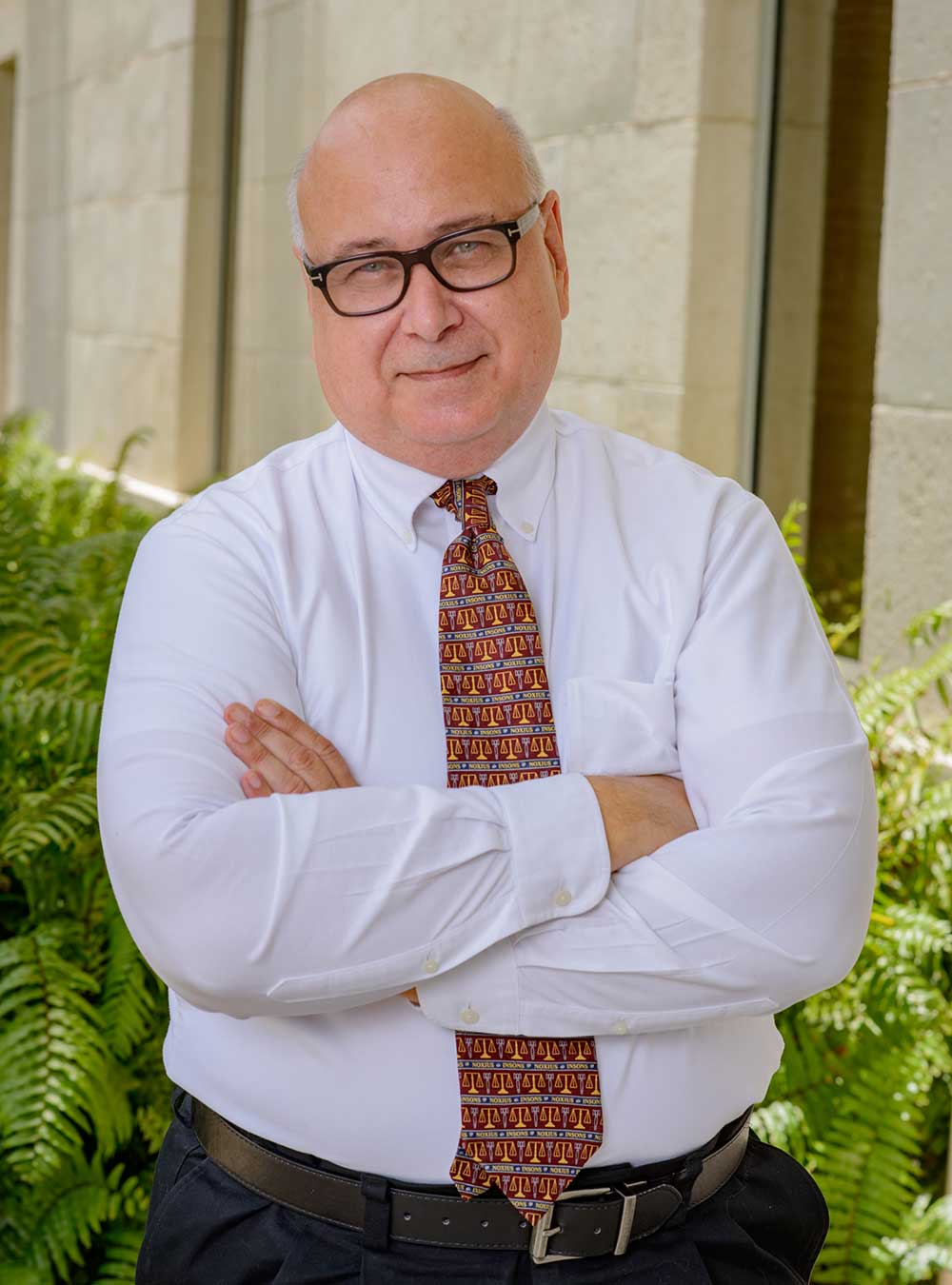 BiographyFaculty Selected ScholarshipNews Items
With four decades of teaching experiences at six law schools, Professor Baker is a nationally-recognized constitutionalist who has received numerous awards for his teaching, including the first-ever Pioneer Award for his commitment and dedication to students from the FIU Student Bar Association in 2004. Since then, FIU students have voted him “Professor of the Year” multiple times, more times than any other faculty member. He received the FIU Top Scholar Award in 2012 and the FIU Faculty Recognition Award in 2010.

Before coming to the FIU College of Law as a member of the founding faculty in 2002, Professor Baker held the James Madison Chair in constitutional law that Congress endowed at Drake University Law School to commemorate the bicentennial of the U.S. Constitution. From 1985 to 1987, he worked at the Supreme Court of the United States; first as a Judicial Fellow and then as Acting Administrative Assistant to Chief Justice William H. Rehnquist.

From 1979 to 1998, Professor Baker was a member of the faculty at Texas Tech University School of Law, where he held the Alvin R. Allison Distinguished Professorship and received every teaching award the law school and the University conferred. He was the Distinguished Fulbright Professor of American Constitutional Law at the National and Kapodistrian University of Greece in 1992. He was a visiting professor at the Fredric G. Levin College of Law at the University of Florida in 1994 and at the Marshall-Wythe School of Law at the College of William & Mary in 2007. Professor Baker has been awarded tenure at three different universities.

By appointment of the Chief Justice, Professor Baker was a member of the Committee on Rules of Practice and Procedure from 1990 to 1995, for which he received a formal Commendation for Distinguished Service from the Judicial Conference of the United States. The Institute for Educational Affairs awarded Professor Baker the Bicentennial of the Constitution Award in Legal Education in 1987. He was a member of the Board of Editors of the Journal of Supreme Court History from 1991 to 1993. He served as the Associate Reporter to the Federal Courts Study Committee from 1989 to 1990 and the Board of Directors of the American Judicature Society from 2000 to 2002. Professor Baker was elected a Fellow in the American Academy of Appellate Lawyers in 2004 and was designated a life member of the American Law Institute in 2009. He also was designated a Fellow of the American Bar Foundation in 2011. He was on the Legal Policy Advisory Board of the Washington Legal Foundation from 1998 to 2012. From 2012 to 2015, he served on the Advisory Committee of the Journal of Legal Education. He is a biographee in Who’s Who in America, Who’s Who in American Law, Who’s Who Among American Teachers, and the Directory of American Scholars, Who’s Who in the World, International Who’s Who of Intellectuals, Directory of American Scholars; et alia. In 2018, the Marquis Who’s Who Publications Board recognized Professor Baker with the Albert Nelson Marquis Lifetime Achievement Award for career longevity and demonstrated excellence in law and legal education.

As a public intellectual, Professor Baker publishes commentaries and is frequently quoted in the national media and on social media as an expert in constitutional law and the federal courts. He has appeared on Slate.com, NPR, Law.com, CNN’s Burden of Proof, C-SPAN, PrawfsBlawg.com, and numerous legal education programs for lawyers and judges.

Professor Baker is a legal scholar of the first rank. He has authored eighteen books and editions, including two leading law school casebooks that are required texts at many law schools and the best-selling “Nutshell” on Constitutional Law. He has published more than 200 scholarly articles and other publications in leading journals and law reviews, including those at Harvard, Michigan, UCLA, Iowa, Emory, Kansas, Wake Forest, Arizona, Florida, Georgia, Washington & Lee, William & Mary, and Florida State, as well as essays in the A.B.A. Journal, American Journal of Legal History, Journal of Legal Education, Constitutional Commentary, Judicature, Hastings Constitutional Law Quarterly, Green Bag 2d, and the William & Mary Bill of Rights Journal. Professor Baker published the first ever article in the inaugural issue of the FIU Law Review. He served on the advisory panel for Garner’s Modern American Usage 3d Edition and Black’s Law Dictionary 9th Edition.