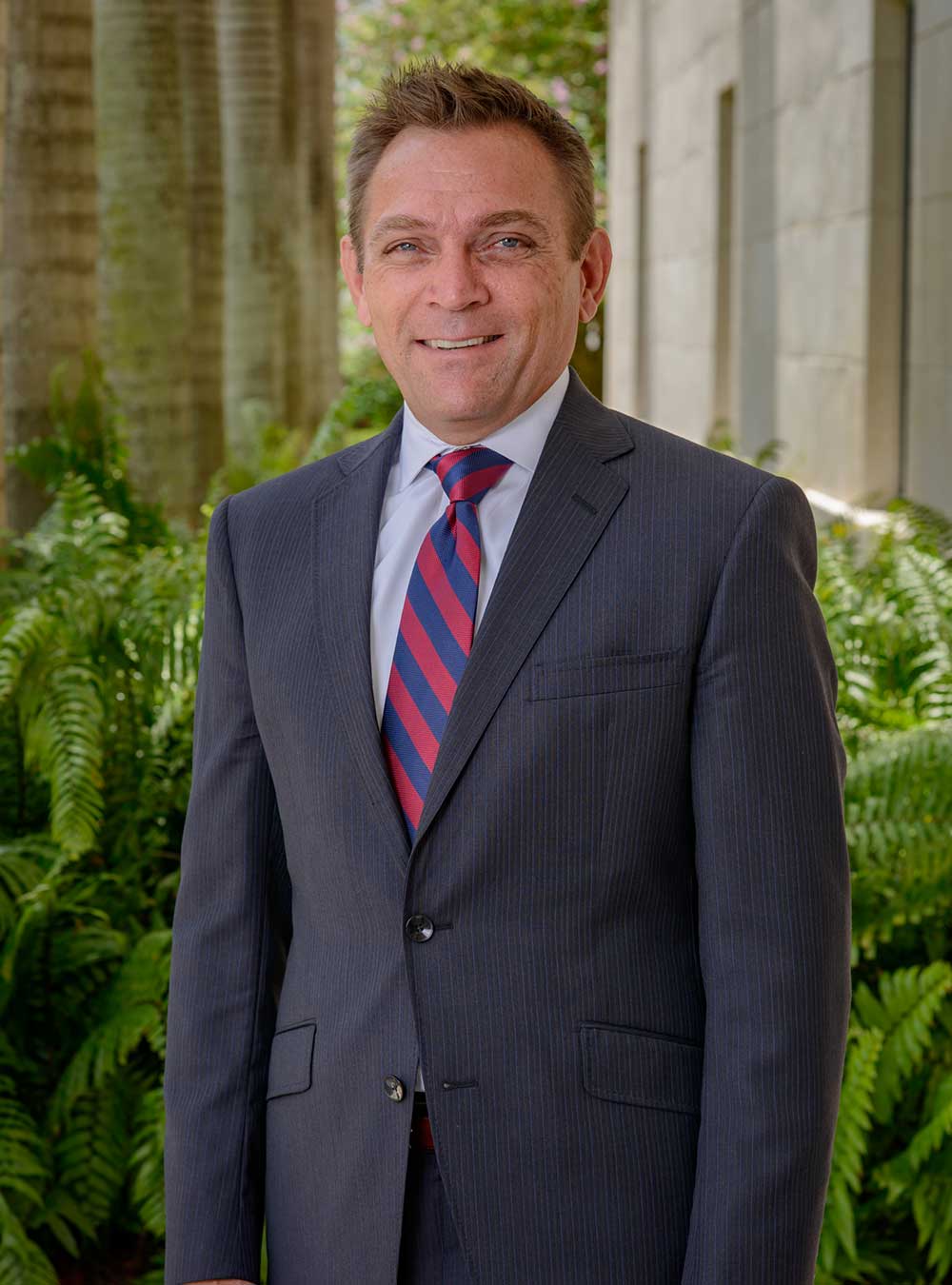 Professor Eric Carpenter is a nationally recognized expert on military law, death penalty litigation, and sexual assault law and policy. He routinely provides relevant, insightful, engaging, and unbiased commentary on these topics to the media, including The Today Show, CBS Radio, the Wall Street Journal, Time Magazine, and the Associated Press, to name a few. He was also a cast member on the Starz true-crime documentary, Leavenworth.

Professor Carpenter lived and worked in the world of military justice. He served in the Army as a helicopter pilot and is a graduate of Ranger School and Airborne School. He was a judge advocate, serving as a prosecutor, supervising defense counsel, and Chair of the Criminal Law Department at the Army’s law school. He deployed to Afghanistan in 2003. He is a fellow with the National Institute of Military Justice and serves as the Chair of the ABA’s Military Justice Committee, and he continues to write influential articles on military justice system reform.

Professor Carpenter is still active in death penalty litigation. He is a consultant on the 9/11 commissions at Guantanamo Bay, Cuba, and advises judge advocates who defend service members in capital courts-martial. His experience is deep—while in the Army, he served as the lead defense attorney on a capital murder case and was part of the task force that wrote the current regulations for capital litigation in the Army. He is a member of the National College of Capital Voir Dire and speaks regularly on this trial technique around the country. He has written several articles on how jurors view the death penalty.

Today, he actively works to improve the legislation and law enforcement of sexual assault. As an elected member of the American Law Institute, he works on the ALI’s project to reform the Model Penal Code’s sexual assault and related provisions. While in the Army, he helped develop training and policy to address the sexual assault issue in the military. He focuses his scholarship on improving law enforcement processing on sexual assault cases and providing relevant information that policymakers can use when deciding how to reform the civilian and military systems.