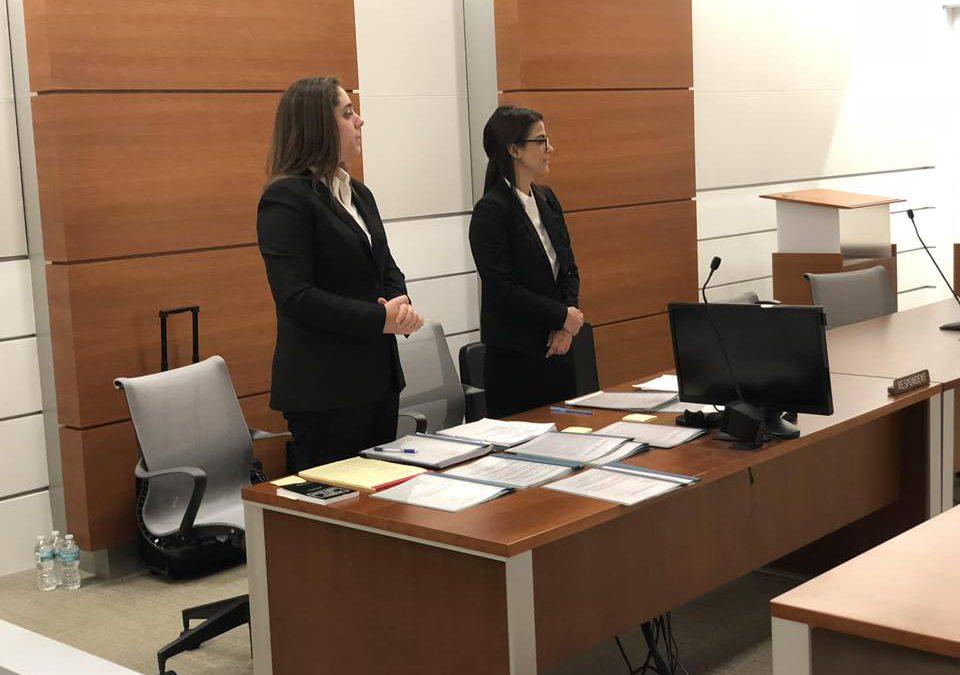 The FIU Law Trial Team returned from Fort Lauderdale this past weekend having made their way to the semifinal round and earning two best advocate finalist awards along the way in the 2018 Hon. E. Earle Zehmer Memorial Mock Trial Competition. BOTH FIU TEAMS WENT UNDEFEATED in their preliminary rounds – a superior result in and of itself – taking down national champion Stetson, as well as Florida State, Barry, and Cooley. After the preliminaries, the Zehmer competition cuts to the Top 4 – and undefeated FIU ranked SECOND and TIED FOR FOURTH. Our second place team – NATALIE OYZARZUN, ANNASOFIA A. ROIG, JACKSON SHUFORD, and DANIEL WALKER — advanced to the semifinals, where they fought valiantly and were narrowly defeated. Our team tied for fourth after the preliminaries – PAMELA AGUDELO, SAHARA FONSECA, JASON MORIN, JOSHUA PADRON, and KELLY PARKER — was barely edged in the tiebreak – by 1.7 points – and were thus denied their chance to advance to the semifinals themselves. 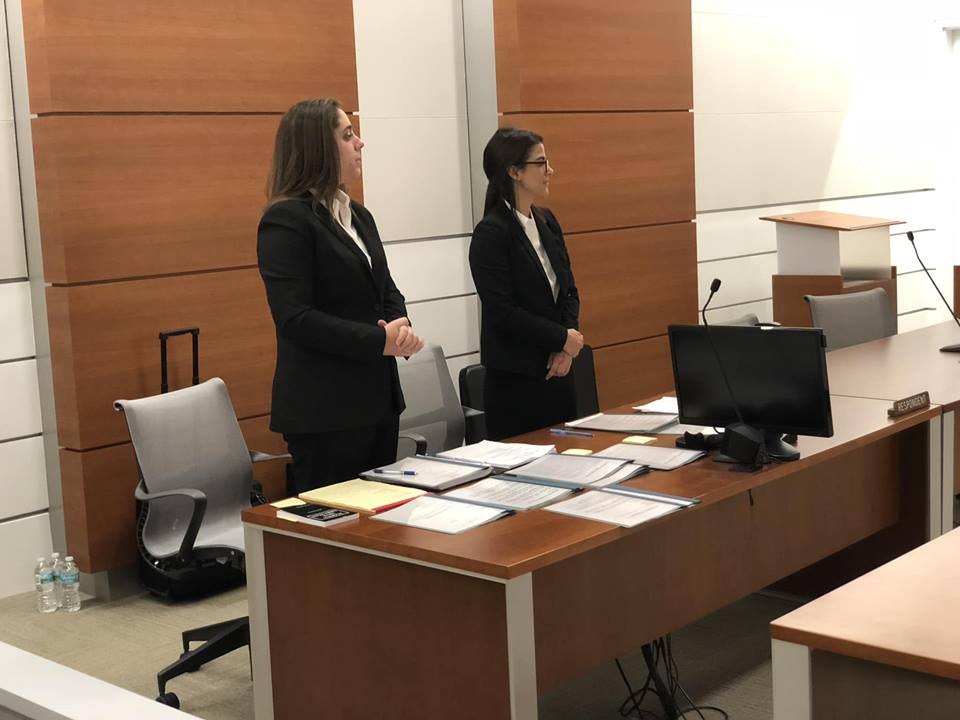 Trial Team co-counsel Annasofia A. Roig and Natalie Oyarzun in their semi-final round of the 2018 Hon. E. Earle Zehmer Memorial Mock Trial Competition.

In addition to our semifinal appearance, two of our students, ANNASOFIA ROIG and PAMELA AGUDELO, won BEST ADVOCATE FINALIST AWARDS, extraordinary achievements both. Ms. Roig serves as Trial Team president.  Ms. Parker is Trial Team vice-president. Both FIU squads trained tirelessly for seven weeks – weekdays, weeknights, and weekends — to prepare for this wrongful death trial involving the shipyard tip-over of a 110-foot personnel boom lift that killed the plaintiff, a dockrigger, in the process. Reflecting on the competition, Professor H. Scott Fingerhut, Zehmer coach and Assistant Director of the FIU Law Trial Advocacy Program, said, “After preparing so long, and fighting so hard, though we came up short of our goal of winning this competition three years in a row, this is an important lesson for our students nonetheless: in the intensity of the well, to be as graceful in defeat as victory; to learn from, and move forward, despite disappointment — something, I must admit, that our students handled this weekend with the professionalism and grace of superior, ethical advocates, tested beyond their years.  Great legal storytelling, advocating with as much principle as passion, is the standard to which we aspire, and the special FIU Law brand established by the founding director of our Program, Professor H.T. Smith.  Our Trial Team students are our legal astronauts,” Professor Fingerhut continued, “and it is the privilege of my lifetime to watch them soar.” Along with Professor Fingerhut, the Zehmer team was coached with the invaluable assistance of FIU College of Law and Trial Team alumnus, and Trial Advocacy adjunct professor, Ari S. Goldberg (Class of 2012), former assistant Palm Beach state attorney and now an associate with Meltzer & Bell, P.A., along with recent College of Law and Trial Team alumnus Rafael Torres (Class of 2018) of Bernstein Chackman Liss in Hollywood, a Zehmer 2017 champion and 2018 Chester Bedell Memorial Mock Trial Competition quarterfinalist himself.  Our Zehmer team was also ably assisted by College of Law alumnae and trial lawyers A.J. Salbo (Class of 2015), a former assistant Miami-Dade public defender and now an associate with Quintairos, Prieto, Wood & Boyer, P.A., and current assistant Miami-Dade public defenders Megan Roth (Class of 2017 and a Trial Team alumna), and Keyla Smith (Class of 2014). Sponsored by the Florida Justice Association, this year’s Zehmer competition was held in the newly-built Broward County Judicial Complex.