Cultivating a system that achieves justice by balancing everyone’s interests and planting our principles to reduce harm.

The Balanced Justice Project is an initiative developed out of the Florida Center for Capital Representation and the Direct File and Youthful Offender Project at FIU College of Law.   We are a legal aid instrument within FIU’s Law Clinic that operates under the FIU Foundation’s non-profit status.  The FIU Law Clinic is a registered private investigation agency (License #: A1900221).

The Balanced Justice Project (BJP) provides assistance to people involved in serious criminal matters that carry a severe sentence.  While our services include assistance on the question of guilt, we prioritize sentencing issues in cases involving juveniles charged as adults, foreign nationals, and those facing the death penalty.

The Balanced Justice Project employs a multi-disciplinary team approach that incorporates a wide range of skills, qualifications, and backgrounds to balance the goals of addressing the harm caused and fostering healing while striving to achieve justice for all parties involved in and impacted by a criminal incident. Together we collate, educate, mitigate and restore. 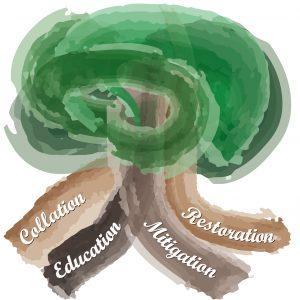 The Balanced Justice Project continues the work started by the Florida Center for Capital Representation at FIU Law in tracking all first-degree murder cases in Florida.  We collate information to provide empirical evidence essential to developing a better criminal justice system.  Our data is coded to provide descriptive statistics and run statistics models that allow us to make predictions such as how likely it is a person will be sentenced to death and executed.  We review the application of the law and identify constitutional deficiencies for correction. This allows us to provide the legal community with practical tools such as a comparative proportionality analysis in preparation for sentencing which helps ensure that people and cases are treated equally, as required under the Fourteenth Amendment of the U.S. Constitution.  Similarly, our collation of death row data examines the retroactive application of new law and reveals that the system treats people very differently in certain circumstances. 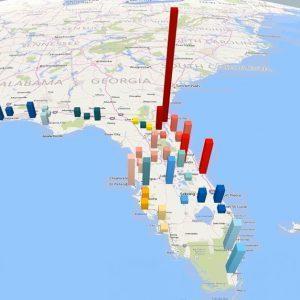 The Impact of the case Hurst v. Florida (that found Florida’s system of sentencing people to death unconstitutional) on Death Row of Jun. 27, 2019

Being in the heart of FIU’s campus, the Balanced Justice Project brings together students, practitioners and scholars to incorporate cross-disciplinary perspectives to provide a holistic approach to the criminal justice system.  Together, we share our expertise and resources to inform FIU’s educational programs and train the next generation of criminal justice practitioners.  We provide internships, pro bono and clinical placements as well as mentorship and training. We are creating a career pathway for filmmakers, investigators, journalists, lawyers, psychologists, social workers and anyone wanting to work in the criminal justice system with a focus on mitigation and restoration.  The Balanced Justice Project ensures that the future generations will benefit from real-life experience via experiential learning which will benefit the community by increasing greater engagement with the issues and growing a better criminal justice system.  The Balanced Justice Project is committed to developing an accessible career path for people from a diverse background and skill set including and especially, those with personal experience from being involved in the system.  We also provide assistance and consultation to those already in the field practicing.  For example, we help with legal research, litigation strategy, motion practice, identification of experts, plea negotiations, jury selection and securing pro bono lawyers.  Whilst our services include assistance on the question of guilt, we prioritize sentencing issues in cases involving juveniles charged as adults, foreign nationals and those facing the most severe of penalties. We are also sure to disseminate information to key stakeholders and the wider community so to continue to raise awareness and inform policy.

Mitigation, in its everyday use, means to make something less harmful.  In the criminal justice system, its classical interpretation is to reduce a penalty or sentence.  In death penalty cases, it is the evidence given to a jury as a reason to vote for a sentence of life without parole instead of a death sentence. Mitigation evidence is identified by conducting a multi-generational investigation of the history of a client’s life. A failure to investigate and present this evidence renders attorneys ineffective in violation of the right to legal representation under the Sixth Amendment fair trial and Fourteenth Amendment due process clauses of the US Constitution. To meet constitutional standards, a single death penalty mitigation investigation can require hundreds or even thousands of hours of work devoted to gathering records, identifying and locating witnesses, and developing the relationships of trust required to conduct sensitive mitigation interviews. Mitigation investigations become even more complex when the client is a foreign national or the case has an international dimension. BJP is cultivating the rich, diverse range of backgrounds and varied skillsets, required by defense teams in sentencing advocacy.  The Balanced Justice Project at the FIU Law Clinic is licensed as an agency to undertake work as mitigation specialists and be directly appointed to capital and sometimes, non-capital cases.  We are also licensed to sponsor the two-year training requirement for those wishing to enter this field of work.

The Balanced Justice Project seeks to infuse the criminal justice system with restorative justice practices. Restorative justice is a centuries-old concept that draws from the practices of indigenous peoples around the world. Rather than focus on which punishment should be inflicted for the breaking of rule or law, restorative practices prioritize who has been harmed and how to address the needs or responsibilities of all of those involved: the victim-survivor, the person who committed the harm and our community. In other words, it balances the roles and needs of everyone impacted by crime to put things as right as possible.

All too often those of us who are impacted by a crime and those of us who have committed a crime are artificially segregated by an administratively complex adversarial system. Social science studies frequently indicate that the lack of opportunity for an individual being tried to take accountability for their actions (often on their advice of their attorney) and participation of those harmed by the crime leads to unanswered questions, a lack of closure and a strong sense of injustice. There is also increasing evidence that restorative practices can ameliorate serious deficiencies in the current criminal justice system and at a fraction of the cost.

The Balanced Justice Project also believes Mitigation (discussed above) is restorative. Whilst it is a formal legal mechanism, unlike traditional restorative practices, that provides decision-makers with critical information to reduce harm for those who have committed a crime, it also provides answers to questions commonly asked by those impacted by the harm.  By telling the story of those of us who committed the harm, a greater understanding of how and why the harm came to be is almost always obtained.  It also provides an opportunity for the person who committed the harm to process and take accountability for their actions.  This promotes healing and prevention, and ultimately, a better world for us to thrive in.

The Impact of Hurst on Florida’s Death Row

In January 2016, Florida’s capital sentencing statute was declared unconstitutional by the United States Supreme Court in Hurst v. Florida.   Since this time the Florida Supreme Court has made a number of subsequent decisions that determined the provisions of the new statute particularly the requirement of jury unanimity and the law surrounding the retroactive application of those already under a sentence of death (Hurst v. State, Perry v. State, Mullens v. State, Asay v. State, Mosley v. State, Silva v. State, Poole v. State).  In other words, what would happen to those who were sentenced under the old, now unconstitutional, scheme?

The Florida Center for Capital Representation reviewed the appeals of those on death row as well as any new proceedings that followed with a view to providing critical information on the impact of Hurst.  The empirical research continues but, as of June 2020, the Center’s analysis indicated that 145 people (of a potential 151) obtained new penalty phase trials on the basis of Hurst relief.   One hundred remain pending in a pre-trial posture with eight being resentenced to death and 37 to Life without the possibility of parole.  Significantly, 75% of those on Florida’s death row at the time of Hurst were sentenced to death on the recommendation of a less than unanimous jury but only 40% will receive relief.  In other words, over a third of death row, despite having been sentenced to death on a majority jury recommendation held unconstitutional under Hurst, will not receive relief like the rest.

For more information, please see the article here.  In addition, the Florida Center for Capital Representation collaborated with the Death Penalty Information Center to provide a summary of Hurst and its ongoing impact available via DPIC’s website.

Geographical Variances in the Use of the Death Penalty Across Florida

The Florida Center for Capital Representation’s research on first degree murders revealed a geographical variance of the application of the death penalty across the State.  Please find full article here.

The Florida Center for Capital Representation commissioned Public Policy Polling to conduct a survey of Florida Registered Voters during the first week of February 2016. The objective was to ascertain public sentiment regarding the necessity of unanimous jury decision prior to someone being sentenced to death. The findings of the survey indicate that the majority of the community strongly supports requiring juries in death penalty cases to make a unanimous decision before deciding to sentence a person to death.  The survey also asked questions regarding public support for the death penalty.  Read the result of the survey here.

Public Preference for Life over Death

In the 2016, the survey commissioned by the Florida Center for Capital Representation demonstrated that the majority of the public who were asked about their views regarding the punishment for people convicted of murder prefer a life over death sentence, with a small minority electing life  with the possibility of parole. Read the results of the survey here.

The Balanced Justice Project at FIU Law relies on donations and foundation grants to carry out its work.