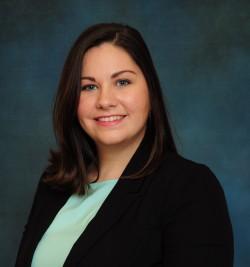 Bitcoin, a “cryptocurrency,” is the first decentralized digital currency. The digital coins are sent through the internet as payment for goods or services, from person to person, with no intervening, third party financial institution. The payments are verified by “miners” who post the transactions to an online ledger, accessible by the public. It is a global market, and a person can buy or sell Bitcoins for dollars, euros, and other types of traditional currency. An increasing number of business are accepting Bitcoin as a method of payment, including Amazon, Tesla, and Etsy.

Transaction fees with Bitcoin are extremely low, attracting many consumers to use this as payment, or to hold it as an investment. However, issues arise when filing a tax return. Normally, income (or loss) is categorized as “ordinary.” Ordinary income is taxed at the applicable marginal rate, and ordinary loss can be claimed against ordinary income without limit. Ordinary losses are highly valuable, as they bring down taxable income. Contrarily, capital income or loss has different consequences. A capital asset is any asset not described in I.R.C. § 1221, and many assets fall into this category. Income from a capital asset is a good thing—it is taxed a lower rate. However, capital loss is less desirable, as capital loss can only be used against capital income, and there are limits on how much capital loss one can use. Therefore, a taxpayer will prefer an ordinary loss rather than capital; likewise, an owner will favor capital income instead of ordinary.

In 2014, the Internal Revenue Service (IRS) stated that Bitcoin is property, not currency. This characterization of the cryptocurrency means it will be a capital asset, subject to a capital gains tax rate for income and the limits on capital loss. Further, a taxpayer who uses Bitcoin to pay for goods or services will need to treat it as disposing of property; thus, paying for something with Bitcoin may mean the taxpayer will have to realize income if the value of Bitcoin has appreciated. This will severely discourage the widespread use of Bitcoin as a payment method because a consumer or investor may be subject to unfavorable tax consequences, as if she had disposed of appreciated stock. This classification seems unnecessarily harsh, as foreign currency, which is treated similarly, has a de minimis threshold of $200 before any gain or loss is recognized. Another issue concerns valuing Bitcoins in terms of U.S. dollar, which is necessary for tax purposes. Because there are many different exchange markets for Bitcoin, the value varies, sometimes significantly, which affects the taxpayer vastly.

Alternative cryptocurrencies are gaining traction in today’s world of technology, making the taxability of Bitcoin an important issue that will set the path for other digital currencies and other countries’ treatments of them. The IRS’ current treatment of Bitcoin is on track to hinder, rather than promote, an emerging currency that could foster new economies, not only in America, but on a global scale.

Kathleen Pfahlert is an Articles/Comments Editor at the FIU Law Review. Ms. Pfahlert can be reached at kpfah001@fiu.edu.