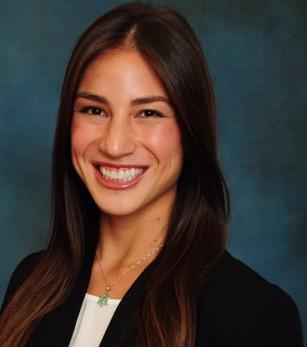 Third year FIU Law Student, Deedee Bitran, won two national writing contests and accepted an offer of publication for her paper, “What is Due With a Due Date: Reasonable Pregnancy Accommodations in the Workplace.” Mrs. Bitran has been recognized by the National Academy of Social Insurance (NASI) as the winner of the 2nd Annual Law Writing Award on Social Insurance. The NASI award includes a $2500 honorarium and a trip to Washington DC. Additionally, Mrs. Bitran’s paper was selected as the second place winner of the New York State Bar Association’s Section on Labor and Employment Law’s 2015 Dr. Emanuel Stein and Kenneth D. Stein Memorial Writing Competition with a $2000 award and an award ceremony in New York.

“Being notified yesterday of winning two national writing contests was truly an incredible experience that I could not have ever had without the encouragement and guidance of my amazing mentor, Professor Kerri Stone. I am extremely honored to receive both awards. ”- said Mrs. Bitran.

Mrs. Bitran wrote her paper for her FIU Law seminar class on Employment Discrimination with Professor Kerri Stone and received the CALI Book Award for Excellence in the course. Mrs. Bitran’s paper highlights the problems associated with the lack of an effective reasonable pregnancy accommodation law at the federal level and proposes a solution. The Young v. United Parcel Service case which went up to the United States Supreme Court on this issue was Mrs. Bitran’s inspiration for the piece.

“I am so incredibly proud of all that Deedee has accomplished and so proud to have worked with her!”-said Professor Kerri Stone.