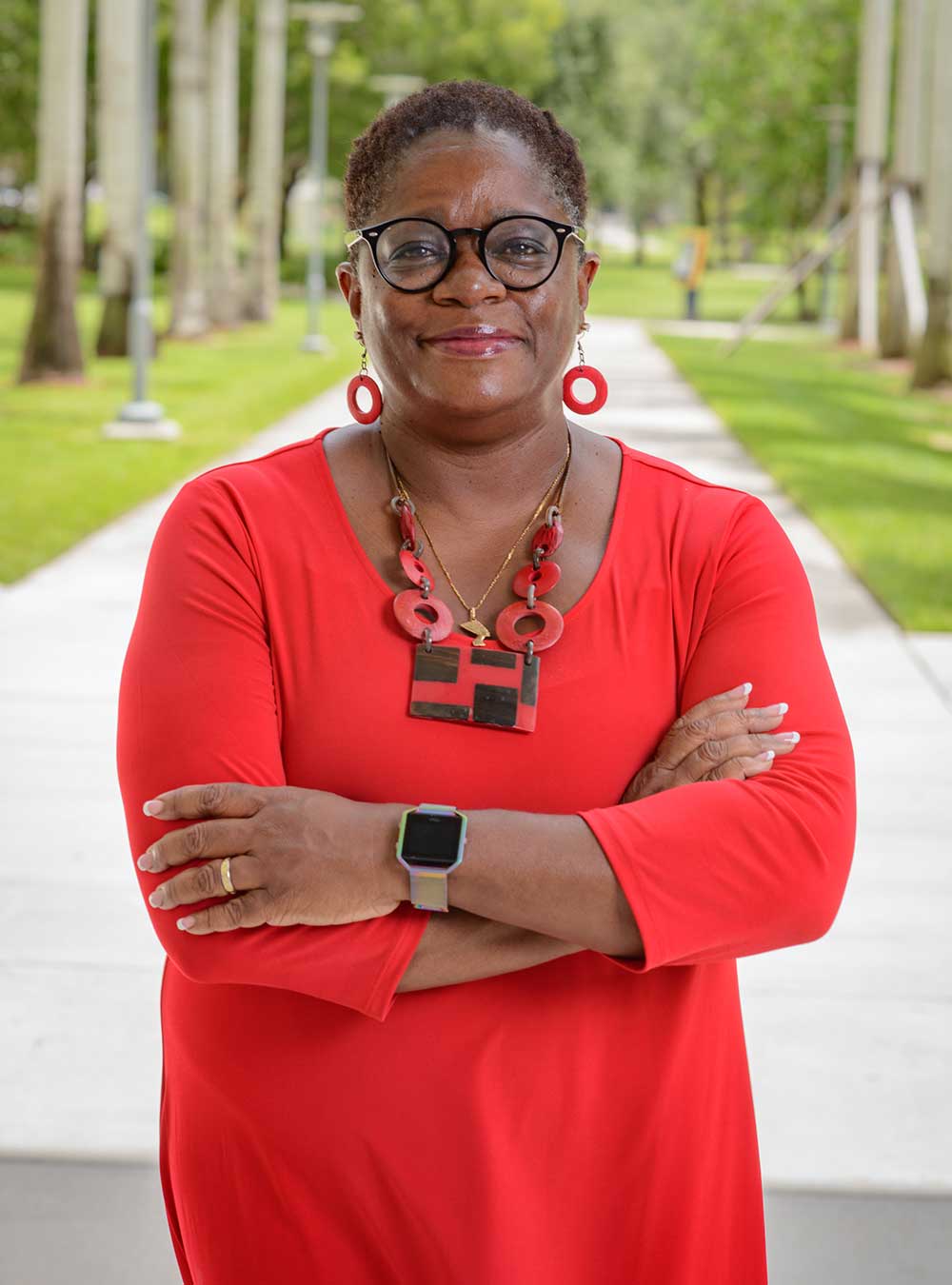 BiographyNews Items
Professor Phyllis Williams Kotey, a senior judge, came to FIU College of Law in 2004 with a distinguished record of service to the bench and bar. She is a Clinical Professor of Law and Director of the Externship and Pro Bono Program. As Director of the Legal Externship Program, she has assisted students in judicial, civil and criminal placements at the local, state and national levels. She has facilitated student initiated pro bono service in Columbia, South America and around the country including New Orleans after Hurricane Katrina.

She was selected as an FIU Top Scholar in 2014 and presently serves on the FIU faculty senate. She was selected as a Fulbright U.S. Scholar for the 2012 – 2013 academic year in Accra Ghana and conducted research in the area of Alternative Dispute Resolution (ADR) and Access to Justice. While conducting research in Ghana, she taught Comparative Constitutional Law, Ghana Legal Systems and Legal Research and Writing as a member of the Faculty of Laws at Mountcrest University College in Accra, Ghana. Prior to 2012, she has served as Interim Director of the Office of Career Placement and Planning. She served as Director of the Juvenile Justice Clinic and developed the Delinquency, Educational Advocacy and Dependency Clinics. She has taught Criminal Procedure, Children and the Law, the American Caribbean Law Initiative Seminar and Community Law Teaching (Street Law in the Miami-Dade Juvenile Detention Center). She also teaches Bar Preparation courses in the areas of Florida Constitutional Law, Florida Criminal Procedure and Juvenile Law and Procedure. Summer 2015, she taught Comparative Criminal Law and Procedure at Universidad de Sevilla Facultad de Derecho in Seville, Spain.

Prior to becoming a judge, Kotey served as an assistant state attorney specializing in capital sexual battery cases and serving as chief of the County Court Division. She served as the Associate Dean of the Florida Judicial College and is a faculty member for the National Council of Juvenile and Family Court Judges and the National Judicial College. She specializes in the area of judicial ethics, criminal procedure and trial practice.

Kotey was a member of the ABA Judicial Division Committee on Ethics and Professionalism. She served as chair and vice-chair of the Florida Supreme Court Judicial Ethics Advisory Commission and as a member of its Election Subcommittee. She also served on the National Advisory Board for the Committees on Bias in the Courts and the Florida Supreme Court’s Commission on Bias and Florida Court Education Council. She served as chair, vice-chair and treasurer of the Florida Bar’s Criminal Law Executive Council. She was also Vice Chair of the Florida Bar Code and Rules Committee and a member of the Juvenile Rules Committee. She is a member of numerous bar associations and has served as president of the T J Reddick Bar Association in Broward County and the Josiah T. Walls Bar Association in Alachua County.

She is the co­author of “Selected Issues” in the Florida Prosecutor’s Manual (1984). She is author of “Public Financing for Non­-Partisan Judicial Campaigns: Protecting Judicial Independence While Ensuring Judicial Impartiality,”38 Akron Law Review 597 (2005) and “The Real Costs of Judicial Misconduct: Florida Taking a Step Ahead in the Regulation of Judicial Speech and Conduct to Ensure Independence, Integrity and Impartiality,”31 Nova Law Review 645 (2007). She wrote a chapter entitled “Judging Under Disaster: The Effect of Hurricane Katrina on the Criminal Justice System” for the book Hurricane Katrina: America’s Unnatural Disaster for the University of Nebraska Press (2009). She also authored the 2009 and 2011 updates on “Adjudicatory Hearings in Delinquency Cases” in Florida Juvenile Law and Practice.
​