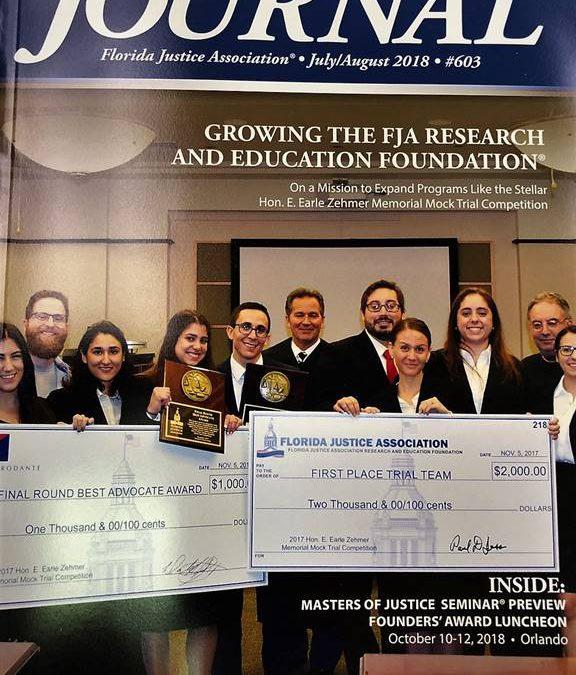 (MIAMI, Florida, September 7, 2018) The FIU College of Law Trial Team – back-to-back champions in the Hon. E. Earle Zehmer Memorial Mock Trial Competition – is featured on the cover of the July/August 2018 issue of Journal, the bi-monthly magazine publication of FJA, the Florida Justice Association. 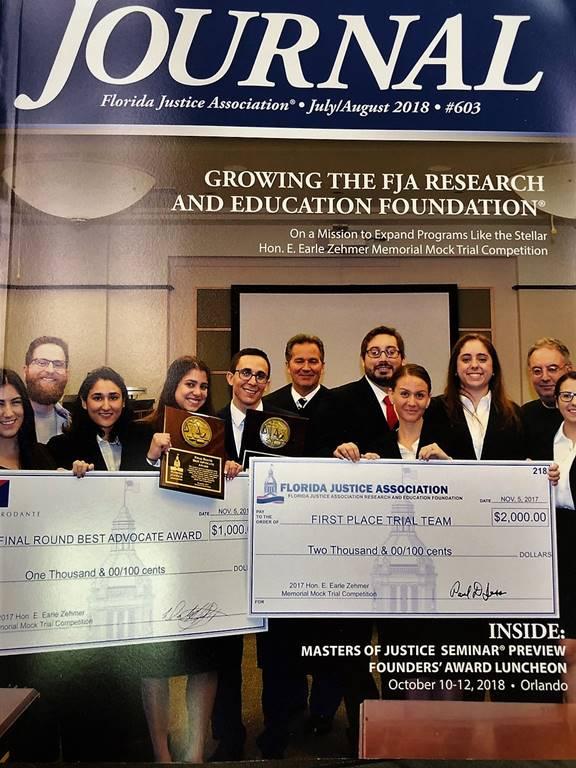 The FIU Trial Team, coached by FIU COL alumni, won the Zehmer competition in 2016 and 2017, earning FIU the Journal cover for its back-to-back victories. FJA, formerly the Academy of Florida Trial Lawyers (AFTL), sponsors the Zehmer tournament each fall. In 2017, the competition was held at the Orange County Courthouse in Orlando. “It is a singular honor for our students and alumni coaching staff to be featured so prominently across Florida on the cover of the FJA Journal,” Professor H. Scott Fingerhut, Assistant Director of FIU’s Trial Advocacy Program and lead Zehmer coach said.  “As our founding director, Professor H.T. Smith, always impresses upon us, ‘you’re either getting better or you’re getting beat.’ And it is in that spirit that our courtroom warrior Trial Lawyers-in-Residence prepare so tirelessly and well, and represent our College of Law with the passion and principle that is our special FIU brand.” Find out more about the FIU Law Trial Advocacy Program here, or call 305.348.8095.