The Federalism Importance of the Electoral College 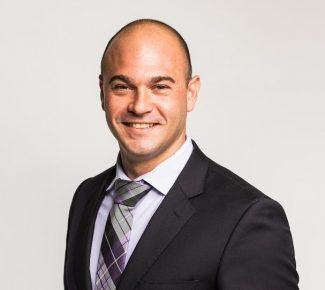 In the aftermath of this surprising presidential election, social media was plagued with shallow memes[1] regarding the Electoral College.  I presume much of the criticism, as well as the support for the Electoral College, neatly fell in-line with each publisher’s political opinion (depending on whether their candidate won or lost).  Not so surprisingly, and irrespective of the position taken by the posts, few approached the discussion from a federalism standpoint.

Despite its critics, the Electoral College has many supporters—I being one of them.  While the Electoral College has some drawbacks, it is an important tool in “preserving federalism.”[2]  Federalism is a vital structural element of our Constitution.[3]  It is perhaps the greatest staple of American Government, as it is the only unique contribution the Framers made to political science and theory.[4]  It is no secret that the Framers envisioned a limited federal government.  “Federalism serves to assign political responsibility,”[5] and the Electoral College enables just that.  It “forces [presidential] candidates to address local issues, as well as national issues.”[6]  But-for the Electoral College, presidential candidates would focus their efforts only on “large metropolitan areas with large populations . . . at the expense of smaller cities” with few inhabitants.[7]

Many argue that the Electoral College “violates democratic principles of fair elections.”[8]  Essentially, they contend that the “democratic standard of political equity—of one person, one vote,” is violated by the Electoral College.[9]  While this contention is technically true, the practical result that would flow from a direct election approach, is that it would effectively silence those voters’ political voices outside populous metropolitan areas in the most populous states.  For example, consider the State of Wyoming (and its approximate population of 585,501 people).[10]  Without the Electoral College, those voices would always be muffled by the voices of the citizens of California (39,250,017 inhabitants), Texas (27,862,596), Florida (20,612,439), and New York (19,745,289).[11]  Without the Electoral College, the Federal Executive Branch would solely be under the effective control and influence of the most populous states.

“The strongest argument for direct election of the [P]resident—and most damning criticism of the [E]lectoral [C]ollege—is that the candidate preferred by the majority does not always prevail.”[12]  Public support for direct election of the President “spanning four decades,” shows “majorities favoring direct election.”[13]  A 2007 Washington Post poll showed that 73% of respondents supported direct election.[14]  But perhaps, the respondents of that poll have not considered the damage our Union would suffer if the Executive Branch were to not represent the interests of the entire Nation, and instead only represent the interests of the most populous states.

Perhaps, those supporting the abolishment of the Electoral College should take a break from social media, and re-consider the full range of negative drawbacks direct presidential elections would bring about.  The Electoral College is a necessary system for Federalism to continue to be a staple of American Government—to ensure that the Federal Government is one of limited powers and does not overshadow each State’s sovereignty, and to ensure that political power and influence does not fall into the controlling hands of a few states.

[1] A meme is “an amusing or interesting item (such as a captioned picture or video) or genre of items that is spread widely online especially through social media.”  Meme, Merriam-Webster, https://www.merriam-webster.com/dictionary/meme (last visited Jan. 20, 2017).