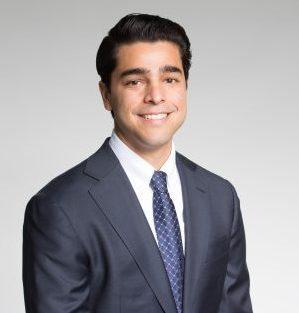 In early 2016, the Supreme Court of the United States granted certiorari to determine whether Florida’s capital sentencing procedures violated the Sixth Amendment.[1] The sentencing scheme, which originated from the Florida case brought on appeal[2] and section 921.141, Florida Statutes (2000), proceeded as follows: First, the sentencing judge conducted an evidentiary hearing before the jury.[3] Second, “the jury [rendered] an ‘advisory sentence’ of life or death without specifying the factual basis of its recommendation.”[4] Third, and finally, the judge weighed the aggravating and mitigating circumstances and entered a sentence of death or life imprisonment.[5] In doing so, the judge was to give the jury recommendation “great weight,”[6] yet also use his or her “independent judgment about the existence of aggravating and mitigating factors.”[7]

The Court ultimately held that the sentencing scheme was unconstitutional.[8] More specifically, the Court noted that (1) “the Sixth Amendment requires a jury, not a judge, to find each fact necessary to impose a sentence of death,” and (2) a “jury’s mere recommendation is not enough.”[9] The Court then remanded the case back to the Florida Supreme Court.[10] There, the Florida Supreme Court expanded and, in essence, restructured the capital sentencing procedures.[11] To begin with, the Florida Supreme Court mandated that, “in addition to unanimously finding the existence of any aggravating factor, the jury must also unanimously find that the aggravating factors are sufficient for the imposition of death and unanimously find that the aggravating factors outweigh the mitigation before a sentence of death may be considered by the judge.”[12] Furthermore, the court decided that the jury recommendation must be unanimous for a trial court to impose a sentence of death.[13] And finally, the court opined that a Hurst error is subject to harmless error review.[14]

More recently, on December 22, 2016, the Florida Supreme Court decided a case[15] in which the court applied the “new” capital sentencing scheme—in fact, it was the first time the court applied its expanded version of Hurst. The facts in this case, Simmons, are similar to those in Hurst. Simmons “was convicted of the December 2001 kidnapping, sexual battery, and stabbing and beating death in Lake County, Florida, of . . . a woman [he] had befriended.”[16] After the court vacated his first sentence of death,[17] Simmons’s case was remanded back to the trial court for a new sentencing proceeding.[18] Here, the jury unanimously found that three aggravating factors[19] were established beyond a reasonable doubt and rejected two statutory[20] mental health mitigating circumstances.[21] More importantly, however, only six jurors found that twenty-nine non-statutory mitigating circumstances were established by the greater weight of the evidence, and only eight of the twelve jurors issued an advisory sentence recommending death.[22]

On the Simmons case’s second visit to the Florida Supreme Court, the court held that the trial court committed a Hurst error.[23] That is, Simmons’s sentence did not meet the requirements of the Sixth Amendment.[24] The court reasoned that, “although the interrogatory verdict provided in this case states the aggravating factors unanimously found by the jury, it does not show unanimous findings that the aggravating factors are sufficient to warrant imposing death.”[25] Also, the interrogatory verdict did not demonstrate that the jurors unanimously found the aggravating factors to outweigh the mitigating circumstances.[26] Finally, and most telling, the jury’s recommendation for death—an eight to four decision—was not unanimous.[27] The inquiry, however, does not end there. The court had to determine whether not meeting the requirements of the Sixth Amendment in this case was harmless error.[28] On this issue, “[t]he State, as beneficiary of the error, [had to] prove beyond a reasonable doubt that the jury’s failure to unanimously find all the facts necessary for imposition of a death sentence did not contribute to Simmons’s death sentence in this case.”[29] It was not able to do so. Accordingly, the court remanded[30] the case back to the trial court for a new and third penalty phase.[31]

After Hurst and Simmons, trial courts must now act diligently to ensure that the jury takes part in every step that comes with a recommendation of death. More so, the jury needs to act unanimously in its decision. Prior to these cases, the judge made the final decision; now, however, the trend has been to gradually remove this power. In doing so, the State has essentially transferred its power to impose a death sentence to that of its citizens. Nevertheless, the issue remains on what to do with the more than 380[32] inmates on death row in Florida in light of these two decisions. More precisely, the court will have to decide (1) whether Hurst and Simmons apply retroactively to them—thus, requiring new sentencing proceedings—or (2) whether their death sentences be upheld despite a possible Sixth Amendment violation.

[19] The aggravating factors were: (1) prior violent felony; (2) the murder occurred while engaged in the commission of a sexual battery, a kidnapping, or both; and (3) the murder was heinous, atrocious, or cruel.

[30] Justice Perry, while concurring with the Hurst inquiry, dissented with the court’s decision to remand the case. Perry opined that “Florida law requires that Simmons be sentenced to life in prison as a consequence of his unconstitutional death sentence.” Id. at *7; see also Fla. Stat. § 755.082(2) (2016).