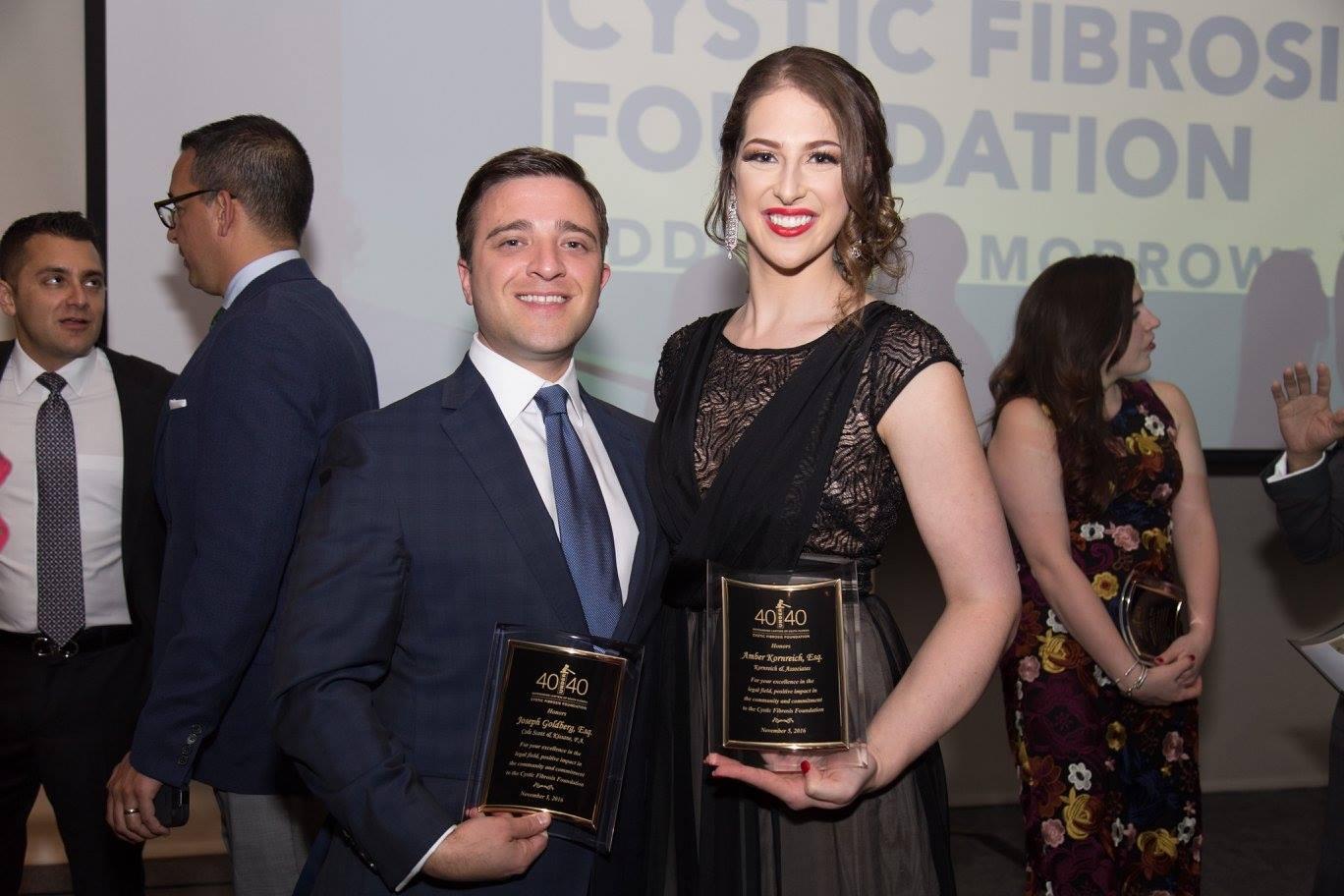 On November 5, 2016, Joseph Goldberg, ’11, and Amber Kornreich, ’15, were honored by the Cystic Fibrosis Foundation’s 40 Under 40 Outstanding Lawyers of South Florida.

Over 300 nominations were submitted for the award, making the 2016 Class of Honorees the most competitive yet.

The youngest awardee this year, Amber Kornreich, is a former President of the FIU Law Women’s Law Society, represented FIU Law internationally on the Negotiations Team, and was recognized with the Faculty Recognition Award and Student Bar Association’s Student Service Award. Kornreich practices marital and family law at Kornreich & Associates, works as a Pro Bono advocate in Dependency Court, serves as a Co-Chair of the Mentoring Committee for the Miami-Dade Florida Association of Women Lawyers, is the Treasury Chair of NextGen for Chapman Partnership empowering the homeless, and is involved with numerous charity and community projects.
Kornreich was recently also awarded the First Family Law American Inn of Court’s Inaugural Rising Star Award.

Goldberg and Kornreich hope that other FIU Law graduates will become inspired to help cure Cystic Fibrosis and will continue to promote FIU Law’s reputation within the Miami legal community.