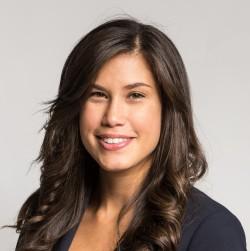 Lawyers applying for “admission by motion” would have to (1) be licensed in a state that allows reciprocity, (2) have been practicing law for at least five of the past seven years, (3) not have failed the Florida Bar exam within five years of applying, (4) have a law degree from an American Bar Association accredited law school, and (5) be in good standing in all jurisdictions where they are licensed to practice law.

According to the American Bar Association (ABA), Florida had the greatest growth in attorney population with a 53% increase since 2014. Opponents argue that because of this exponential growth, allowing out of state attorneys would unfairly increase competition in the Florida legal market.

Florida should follow the current trend toward allowing reciprocity.

Forty states already allow some type of admission by motion.  Florida’s fear of competition is not a sufficient reason to reject reciprocity. Florida is not alone in the growth of its legal market, as evidenced by the fact that in the last fifty years the general U.S. legal market has experienced exponential growth in the number of practicing attorneys. According to an ABA National Population Survey, there were 300,000 lawyers in 1965 compared to 1,300,705 in 2015.  Competition in the marketplace is simply inevitable.

Further, opponents argue that out-of-state lawyers should be required to take the Florida Bar exam to ensure competency. This argument lacks merit because lawyers have an ethical duty to provide competent representation to a client under the Model Rules for Professional Conduct (MRPC) regardless of what state they practice in. Under MRPC Rule 1.1, “competent representation requires the legal knowledge, skill, thoroughness and preparation reasonably necessary for the representation.” In addition, the proposal required lawyers to have prior experience to be eligible to gain admission by motion, and, as most practitioners will admit, experience in practice is far more useful than passing an exam.

Lastly, it is important to keep in mind that reciprocity would provide an added economic benefit to Florida lawyers by allowing them to practice in other states without having to pay for and pass yet another bar exam. Reciprocity is a two-way street, although it does allow more lawyers in, it also permits Florida lawyers to practice outside Florida. Therefore, if the Board of Governors is concerned about the saturation of Florida’s legal market, they should rethink their decision because this outcome seems unlikely at best.

Patricia Jimenez is a Senior Staff Member at the FIU Law Review.  Ms. Jimenez can be reached at pjime007@fiu.edu.