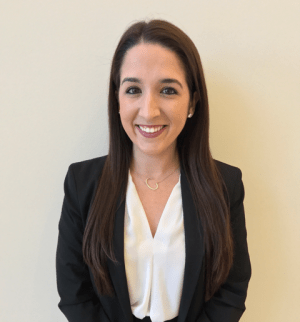 Social media has changed the world—allowing people across the globe to communicate with each other at anytime, share their thoughts and ideas, and access a plethora of information within seconds. Twitter, Facebook, Instagram, and blogs have become popular mediums,[1] covering music, politics, sports, news, gossip, fashion, and travel.  With this shift from print to electronic communication of ideas and information,[2] a new and necessary area of law has emerged: online defamation.

Online defamation has become more common, allowing people and celebrities to bring suits against publishers and people who take to the Internet to bash them. More recently, courts have begun to consider how the context of social media and online blog platforms may effect whether (1) a reader believes an allegedly defamatory statement to be a fact or opinion; and (2) there exists an expectation of truth at all.[3] However, this is one of several debates courts face when determining how traditional defamation laws should be applied in the online context.[4] This blog post will only focus on the question of whether the context of social media may affect a reader’s expectation or interpretation of allegedly defamatory statements.

In a very recent case, Jacobus v. Trump, No. 153252/16, 2017 WL 160316, at *2 (Sup. Ct. N.Y. Cty. Jan. 9, 2017), Cheryl Jacobus, a well-known political commentator, sued Donald Trump and his campaign for defamation.[5] Trump tweeted, in response to one of Jacobus’s appearances on CNN, that Jacobus “begged us for a job. We said no and she went hostile. A real dummy!” and later tweeted the following: “Really dumb @CheriJacobus. Begged my people for a job. Turned her down twice and she went hostile. Major loser, zero credibility!”[6] In bringing the cause of action, Jacobus alleged that Trump’s tweets had injured her reputation and resulted in the loss of future professional opportunities.[7] The court, in granting the Defendants’ motion to dismiss, stated that the tweets amounted to “nonactionable opinion.”[8] While this finding is adequately supported by existing law, it is the court’s broad blanket consideration of the culture of social media that is concerning.

The court cited to numerous New York cases where courts had concluded—as a matter of law—that statements made on social media, forums, and blogs were less credible than those made in print[9] because “so-called social media, such as Facebook and Twitter, is increasingly deemed to attract ‘less credence to allegedly defamatory remarks’ than other contexts.”[10] While this statement is true, it does not mean that everything posted on social media is an opinion per se, rather than a fact. A 2016 study revealed that sixty-two percent of adults in the United States got their news on social media and sixty-six percent of Facebook users got news using that site.[11] While some content on our news feeds may contain obviously hyperbolic language, a Facebook user’s expectation of truth when scrolling through their news feed is not fictitious.

While technology has rapidly advanced, the development of online defamation law has been left far behind, with little to no development. Courts have struggled to decide whether the standards and rules applied in traditional defamation cases apply in an online context. Simply assuming that anything posted on social media amounts to a “nonactionable opinion” is conclusory and blatantly ignores the impact that social media has had on the reporting of news and sharing of information.