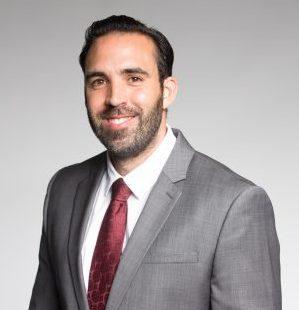 Traditionally, the Federal Government has classified drugs, such as marijuana and cocaine, as a controlled substance.[1]  Enforcement by prosecutors was relatively easy since the composition of the drug was known.  Today, chemists are manufacturing synthetic drugs that have similar effects to controlled substances, but are able to escape prosecution since the synthetic drug, a.k.a. designer drug, has a slightly different chemical composition than its controlled counterpart.[2]

Designer drug use is on the rise,[3] and some are available at gas stations or retail stores.[4]  Two popular designer drugs are synthetic cannabinoids, which mimic the effects of marijuana; and synthetic cathinones, which mimic cocaine or amphetamines.[5]  These drugs are often marketed as “herbal incense,” “spice,” or “bath salts”[6] to imply they are not for human consumption and thereby avoid prosecution.[7]

(ii)which has a stimulant, depressant, or hallucinogenic effect on the central nervous system that is substantially similar to . . . a controlled substance[; or]

(iii) with respect to a particular person, which such person represents or intends to have a stimulant, depressant, or hallucinogenic effect on the central nervous system that is substantially similar to . . . a controlled substance.[9]

Here, the defendant sold a product containing “1,4-Butanediol” knowing that two other similar substances, GHB and GBL,[10] were illegal, but 1,4-Butanediol was not.[11]  The defendant was convicted under 21 U.S.C. § 802(32) (2002), and appealed arguing the statute was unconstitutionally vague.[12]

The United States Court of Appeals for the Eighth Circuit affirmed the lower court’s ruling.[13]  The appellate court applied a two-prong test to determine if the law was unconstitutionally vague: (1) “the statute must provide adequate notice of the proscribed conduct,” and (2) “the statute must not lend itself to arbitrary enforcement.”[14]  The court held that the defendant’s instructions to the buyers of how to ingest the chemical, and the exorbitant mark-up price, indicated that he knew the substance was illegal.[15]  The court also found that the second prong, concerning arbitrary enforcement, was not violated.[16]

Currently, there is no perfect solution to completely eradicate the synthetic drug phenomenon, but some states have started implementing their own synthetic analog drug laws.[21]  For example, Minnesota implemented a law similar to the Federal Analogue Act, but broadened the “intended for human consumption” requirement to “implicitly or explicitly intended for human consumption.”[22]

The best way to combat synthetic drugs is by a combination of current drug laws.  Utilization of the emergency provision allowing the immediate classification of a new synthetic drug as a controlled substance, and increased prosecution under federal and state analog drug laws, can reduce the amount of designer drugs in the streets.  Any concerns about unconstitutional vagueness can be addressed by including more and more compounds in the controlled substances list, which will invariably increase the probability that a new synthetic drug is substantially similar to one already banned.

[1] A controlled substance is a substance that the federal government regulates based on a series of factors including: potential for abuse, medical use, dependence liability, and risk to public health among other factors.  Controlled Substances Act, U.S. Drug Enf’t Admin., https://www.dea.gov/druginfo/csa.shtml (last visited Jan. 22, 2017).

[4] Information on Synthetics That Are Being Sold, Narconon, http://www.narconon.org/drug-abuse/synthetics/classes.html (last visited Jan. 22, 2017).

[10] “GHB (Gamma hydroxybutyrate) is an anesthetic with primarily sedating rather than painkilling properties.  It is often sold as ‘liquid ecstasy’ because of its relaxant and euphoric effects, although it has no relationship to ecstasy. GBL (Gamma butyrolactone) and 1,4-BD (1,4-butanediol) are chemicals that are closely related to GHB.  Once GBL or 1,4-BD enter the body, they convert to GHB very quickly.” GHB/GBL, Drugwise, http://www.drugwise.org.uk/ghb/ (last visited Feb. 9, 2017).