Frazier ex rel. Frazier v. Winn: Florida’s Right to Force its Students to Stand During the National Anthem and Pledge of Allegiance 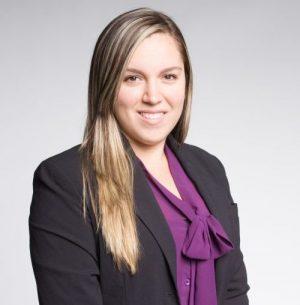 United States citizens pride themselves on the rights and liberties afforded to them under the Constitution.  Among those liberties is the First Amendment, which protects an individual when he or she freely expresses a point of view.[1]  On August 26, 2016, Mr. Colin Kaepernick, the San Francisco 49ers’ quarterback, took advantage of those guaranteed liberties and decided not to stand for the national anthem traditionally played before each football game.[2]  When asked the reason for such a decision, Mr. Kaepernick stated, “I am not going to stand up to show pride in a flag for a country that oppresses black people and people of color.”[3]  His actions gained a lot of attention and stirred controversy as many Americans defended and condemned his actions.[4]  His protest was even acknowledged by Justice Ginsburg who called it “dumb and disrespectful.”[5]

Because of all the controversy, Mr. Kaepernick’s method of protest has made its way off the field and into the classroom.  Not coincidentally, after the protest, there has been a rise in students refusing to stand during the national anthem and the pledge of allegiance in Florida public schools.[6]  In 1943, the Supreme Court held, in West Virginia State Board of Education v. Barnette, that “if there is any fixed star in our constitutional constellation, it is that no official, high or petty, can prescribe what shall be orthodox in politics, nationalism, religion, or other matters of opinion or force citizens to confess by word or act their faith therein.”[7]  This decision clarifies that it is unconstitutional for any student to be forced to participate in any patriotic practices.[8]

Notwithstanding Barnette, some school districts in Florida have resorted to punishing their students for their refusal to participate in the patriotic practice.[9]  Those schools are justifying their actions under section 1003.44, Florida Statutes (2016), enacted specifically for patriotic programs, under which students are required to stand for the national anthem and the Pledge of Allegiance.[10]  Under the statute,

Under the statute, students are given the option of not standing for the Pledge of Allegiance, however, this right is only granted to them “by written request of his or her parent.”[12]

The question is: is section 1003.44 constitutional after the holding in West Virginia State Board of Education v. Barnette?  Surprisingly, it is.  This is not a novel issue for Florida public schools as other students in the past have refused to stand for the pledge.  In the Eleventh Circuit case, Frazier ex rel. Frazier v. Winn, a high school student, through his mother, brought a claim challenging the constitutionality of section 1003.44 requiring him to stand during the Pledge of Allegiance absent written request by his parents.[13]  The Eleventh Circuit held that the statute was constitutional because, although it requires the students to stand during the pledge, it also notifies them of their right to be excused from reciting it—by getting parental consent.[14]  In distinguishing this case from Barnette, the court states, “[w]e see the statute before us now as largely a parental-rights statute.  Here, unlike in Barnette, . . . the refusal of students to participate in the Pledge—unless their parents consent—hinders their parents’ fundamental right to control their children’s upbringing.”[15]  Therefore, despite the previous United States Supreme Court holding, the Eleventh Circuit has found a way for Florida public schools to retain a right to force its students to participate in patriotic practices.