The DNC & Clinton Trump Sanders: A Constitutional Glance at the DNC Email Leak and the 2016 Presidential Election 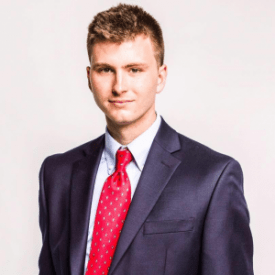 Despite lengthy and sizable media coverage, the 2016 Presidential Election can be summarily reduced to just a few words: walls and emails.[1]  However, this piece aims its focus on the latter theme of emails.  Specifically, the email scandal surrounding the Democratic National Committee (“DNC”), which led to the resignations of Chair Debbie Wasserman Schultz, Communications Director Luis Miranda, Chief Executive Officer Amy Dacey, and Chief Financial Officer Brad Marshall.[2]

However, on July 22, 2016, almost two months after the Chair’s promise of neutrality, the non-profit organization WikiLeaks shared over 19,000 emails belonging to staff members of the DNC—including Chair Wasserman Schultz.[5]  What this massive email dump uncovered was that the DNC was not “neutral,” but surreptitiously supported Secretary Clinton over her rival, Senator Sanders.[6]  From this peculiar turn of events, arises the legal question that is the beating heart of this piece—are political parties permitted to endorse primary candidates behind closed doors?[7]

It is well-established that individuals possess no fundamental right to run for office or to be a party’s candidate in an election.[8]  With respect to the potential violation of party bylaws, so long as no infringement of a clear legal right exists, courts have historically demonstrated a reluctance to interfere in intra-party controversies.[9]  The right of political parties to manage their own affairs has been routinely safeguarded by the courts.[10]  Despite tradition, this judicial practice of protecting political parties’ management of intra-party conflicts remains clouded by ambiguity.[11]  When faced with the prospect of intervening in intra-party disputes, courts claim such controversies amount to nonjusticiable political questions.[12]  In some instances, courts will simply assert the Constitution includes substantive protections for political party autonomy to avoid intervention.[13]  Concerning the particular violations of DNC bylaws, it is unlikely a court would depart from this judicial trend.[14]

Moreover, courts have recognized political parties may endorse candidates during both primary and general elections.[15]  A myriad of cases has solidified the notion that political parties enjoy the protections of the First and Fourteenth Amendments to the Constitution.[16]  Similar to corporations, political parties, as a collection of individuals, have freedom of speech rights and associational rights.[17]  Parties validly exercise their constitutional freedoms of speech and association through their endorsements of candidates.[18]  The Supreme Court has held freedom of association encompasses not only individual voters’ right to associate with a party of their choice, but also includes a political party’s right “to identify the people who constitute the association and to select a standard bearer who best represents the party’s ideologies and preferences.”[19]

Senator Sanders’ proponents may argue that the Senator also has congruent constitutional rights and should have been allowed to run unimpeded by his own political party.[20]  Nonetheless, the Senator does not have a right to associate with an “unwilling partner.”[21]  In addition, Senator Sanders does not have a First Amendment right to express his beliefs as the presidential candidate for the Democratic Party.[22]  Indeed, Senator Sanders’ rights do not trump the rights of a group of individuals, or rather the Democratic Party.[23]

Certainly, it would appear that Senator Sanders and his supporters are frustratingly out of luck.[24]  The Supreme Court has held open debate and free discussion about candidates for political office is integral to the nation’s system of governance and its operation established by the Constitution.[25]  Yet, the actions of the DNC can hardly be characterized as stimulating an open debate or free discussion.[26]  In Eu v. San Francisco County Democratic Central Committee, the Court acknowledged “the First Amendment has its fullest and most urgent application to speech uttered during a campaign for political office.”[27]  Accordingly, a judicial reluctance to enforce regulations on the flow of information between a political association and its members exists.[28]  Nonetheless, the Supreme Court has held the government may regulate this flow of information between parties and its members when necessary to prevent fraud and corruption.[29]  This begs the question: may the government regulate the flow of false information between political associations and their members?

This past year, the Supreme Court denied a petition for writ of certiorari regarding hearing a controversy over a state law that makes it illegal to make false endorsements of political candidates.[30]  In Niska v. Clayton, a Minnesota man falsely purported, in an email chain, that the Republican Party endorsed three judicial candidates.[31]  Minnesota law prohibits presenting false endorsements.[32]  In an unpublished decision, the Court of Appeals of Minnesota held that the state law prohibiting false endorsements did not impermissibly burden the free expression of ideas.[33]  What is significant from this case, as it relates to the DNC email controversy, is the court’s observation that “false political speech can be electorally toxic.” [34]  The court held that the government had a compelling interest in preventing false speech that misleads the public with respect to elections.[35]

Congress possesses an inherent power to regulate presidential elections.[36]  To protect future voters from the toxins of false political speech, a legislative solution appears likely more fruitful than potential judicial intervention.  In order to promote political transparency, a congressional ban on knowingly false political speech, like the statement “the DNC remains neutral,” would ideally prevent deceptive practices of political parties irrespective of the party’s inability to comply with its own bylaws.  Hopefully, voters, rather than their political party’s bosses, will be at the center of the next presidential election cycle.

[3] DNC Remains Neutral in this Primary (CNN television broadcast May 17, 2016), http://www.youtube.com/watch?v=dJdA-rvy3tm, at 0:35 (Chairwoman Wasserman Schultz states, “Let me just reiterate the Democratic National Committee remains neutral in this Primary, based on our rules.”).

[6] Id. (discussing the ongoing “friction between the Sanders campaign and an ostensibly impartial party apparatus”); see The 4 Most Damaging Emails From the DNC Wikileaks Dump, supra note 1 (discussing (1) Chairwoman Wasserman Schultz emails calling Sanders campaign manager, Jeff Weaver, “an a–,” “a liar,” and describing him as “scummy;” (2) a proposal by DNC CFO, Brad Marshall, encouraging the DNC media contacts to undermine the Sanders’s campaign and emphasize Senator Sanders as “an atheist;” (3) DNC National Secretary Mark Paustenbach suggesting to DNC National Communications Director Luis Miranda that the DNC build a narrative “that Bernie [Sanders] never had his act together, that his campaign was a mess;” and (4) DNC Chairwoman Wasserman lamenting that Senator Sanders is not “a member of the Democratic Party”.).

[7] For the sake of maintaining something meaningful and academic, this paper will treat the actions of the DNC and the Chairwoman, demonstrated in the email leak, as a form of endorsing Hillary Clinton in the Democratic presidential primaries.

[10] See Deamer v. Jones, 42 N.J. 516, 520 (1964) (“Historically, courts have been most reluctant to interfere in intraparty controversies in the absence of the violation of a controlling statute or the infringement of a clear legal right.”); Eu v. S.F. Cnty. Democratic Cent. Comm., 489 U.S. 214, 230 (1989) (The Court struck down state restrictions limiting a political party’s discretion in how to organize itself, conduct its affairs, and select its leaders.).

[15]  See Eu, 489 U.S. at 216 (A ban on the political parties’ ability to endorse primary candidates was unconstitutional because it violated the First Amendment because “free discussion about candidates for public office is no less critical before a primary than before a general election.”); Abrams v. Reno, 452 F. Supp. 1166, 1167 (S.D. Fla. 1978) (The court struck down a state law prohibiting a state executive committee of any political party from endorsing or opposing any candidate of its political party in any primary election as unconstitutional).

[16] Michael R. Dimino, Sr., It’s My Party and I’ll Do What I Want To: Political Parties, Unconstitutional Conditions, and the Freedom of Association, 12 First Amend. L. Rev. 65, 78 (discussing cases that established political parties’ constitutional rights); see also Eu, 489 U.S. at 216 (“It is well settled that partisan political organizations enjoy freedom of association protected by the First and Fourteenth Amendments.”).

[23] Duke, 87 F.3d at 1232­­–33 (“[Candidate] Duke is correct in identifying his First and Fourteenth Amendment interests, those interests do not trump the Republican Party’s right to identify its membership based on political beliefs.”).

[25] Eu, 489 U.S. at 216 (“Free discussion about candidates for public office is no less critical before a primary than before a general election.”).

[29] Eu, 489 U.S. at 216. (“A State may regulate the flow of information between political associations and their members when necessary to prevent fraud and corruption.”).

This is in contrast to the ruling in Susan B. Anthony List v. Driehaus, in which a ban on political false-statements was struck down as unconstitutional.  The ban did not consider the fact that these statements were defamatory, fraudulent, or caused some other legally cognizable harm associated with a false statement.  In that particular case, the targeted political speech beyond fraudulent remarks and the contested law was not narrowly tailored in its timing, lack of a screening process for frivolous complaints, application to non-material statements and commercial intermediaries, and over- and under-inclusiveness.  Susan B. Anthony List v. Driehaus, 814 F.3d 466, 469 (6th Cir. 2016).

[35] Id. at *18 (“Minn. Stat. § 211B.02 (2012) prohibits only those false statements that state or imply a false endorsement that may mislead the public and harm the political process.”  “The state’s interest in preventing electorate confusion is therefore compelling.”  “[A]voiding false speech that misleads the public regarding elections is a compelling interest.”).