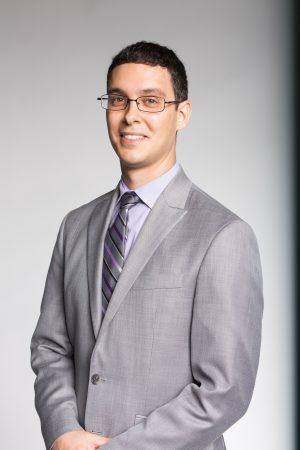 Florida courts are facing the difficult questions of: (1) what is a state court’s role in implementing federal immigration policy and (2) what does that role mean for alien children petitioning for dependency?  In the first six months of this year, nearly 30,000 unaccompanied alien children were apprehended,[1] most of who were or will be released to sponsors[2] to provide for those children and ensure compliance with removal proceedings.[3]  However, these children may find reprieve from removal if “declared dependent” and “reunification with [a parent] is not viable due to abuse, abandonment, or neglect.”[4]  If a state court makes those prerequisite findings, the child may—at the Secretary of Homeland Security’s discretion­—be granted “special immigrant” status and apply for lawful permanent resident status.[5]  In sum, an alien child facing removal may legally remain in the United States under a process that enables (1) a state court to “make factual findings based on state law about the abuse, neglect or abandonment; family reunification; and best interest of the child,” and (2) the Federal government to determine “eligibility for [special immigrant] status.”[6]

With respect to state courts’ roles, Florida courts have addressed whether a state court should take judicial notice of a child’s intent to proceed with the special immigrant process when determining if a child is dependent.  Florida courts have “repeatedly held that a petitioner’s immigration-related motivation for seeking an adjudication of dependency is irrelevant to the determination of whether or not the child is dependent due to abandonment.”[7]  Rather, “the ultimate determination of whether [special immigrant] status should be granted is a question for the federal immigration authorities.”[8]  Specifically, Section 1101(a)(27)(J) bifurcates the process,[9] so each court may respectively perform its role.[10]  Congress has not implicitly delegated its plenary power over immigration[11] to state courts, but rather expects dependency courts to determine dependency, and immigration courts to determine immigrant status.  However, in practice, Florida courts have taken non-judicial notice of children’s intent, expanding the scope of dependency cases into quasi-immigration cases.[12]

This suspicious treatment of alien children may have led to a narrower definition of “abandonment,” and thus less opportunity for a child to be found dependent.  For example, Florida courts are currently struggling with—and awaiting Florida Supreme Court guidance regarding—the question of whether abandonment of a child can last so long that the abandonment is too remote to still cause harm for purposes of adjudication.[13]  Recently, Florida’s Third District Court of Appeal held that abandonment was “too remote” to meet the statutory definition.[14]  In B.Y.G.M., the court applied precedent regarding remoteness to abuse[15] in finding no present harm as a result abandonment that was too remote.[16]  The relationship between the unclear role of state courts in the special immigrant juvenile process and the narrowing definition of “dependent” may not be causal, but at least demands consideration by Florida’s Supreme Court.

[2] Id. at 9 (“[The Office of Refugee Resettlement] reports that most children served are reunified with family members.”).