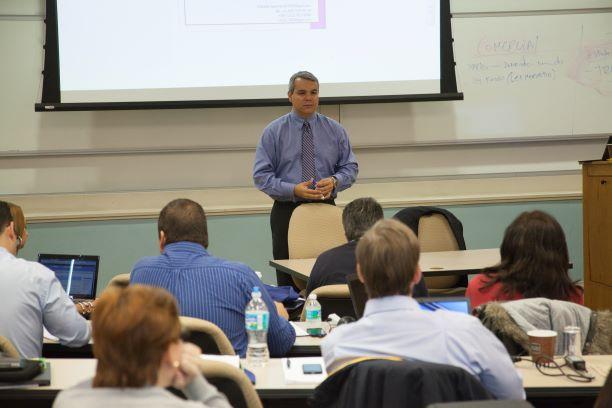 BiographyFaculty Selected Scholarship
Guerrero-Rocca has many years practicing international commercial & investment arbitration and foreign investment protection. He has acted in international arbitration disputes under the Rules of ICC, ICSID, PCA, UNCITRAL, ICSID Additional Facility, Danish Institute of Arbitration, the Center for Alternative Dispute Resolution of the Dominican Chamber of Commerce and Industry (CRC) and the Center for Conciliation & Arbitration of the Chamber of Commerce of Costa Rica (CCA). He also clerked for the Chief Justice of the Supreme Tribunal of Justice and its Constitutional Chamber of Venezuela and advised the General Solicitor and other public entities.  He is a Florida Bar Certified Foreign Legal Consultant (ReedSmith LLP, Miami).

He has represented claimants in investment arbitration proceedings against European, Central & South American Sovereign States before ICSID and the PCA in the Mining Sector, Coffee Industry, Infrastructure, Poultry Industry, Hospitality, Real Estate, Telecommunications and Pharma Sector.  He successfully represented a Sovereign State before the ICSID facing a multi-million treaty-based arbitration claim in the Mining Sector. Recently he successfully represented a South American company in an international commercial arbitration dispute settled by the CISG.  He represented a Barbadian company who settled a treaty-based arbitration claim against a South American State. Arbitrator to settle commercial disputes related to franchise contracts, construction, leasing and aviation according to the Rules of  CACC (ICC affiliated) & CEDCA. His books and articles have been frequently quoted by the Supreme Tribunal of Justice of Venezuela and some of his arbitral awards (as sole arbitrator) confirmed by its Constitutional Chamber.

Since 2003 he has been teaching arbitration in UCAB and has published several books and articles on Arbitration, Constitutional, Business and Administrative Law. He is a frequent speaker in universities and chambers of commerce (Argentina, Chile, Colombia, Costa Rica, Dominican Republic, Mexico, Panama, Peru, Spain, Venezuela), and frequent interviewee by major media outlets regarding investment and treaty-based arbitration claims in LATAM and Europe.