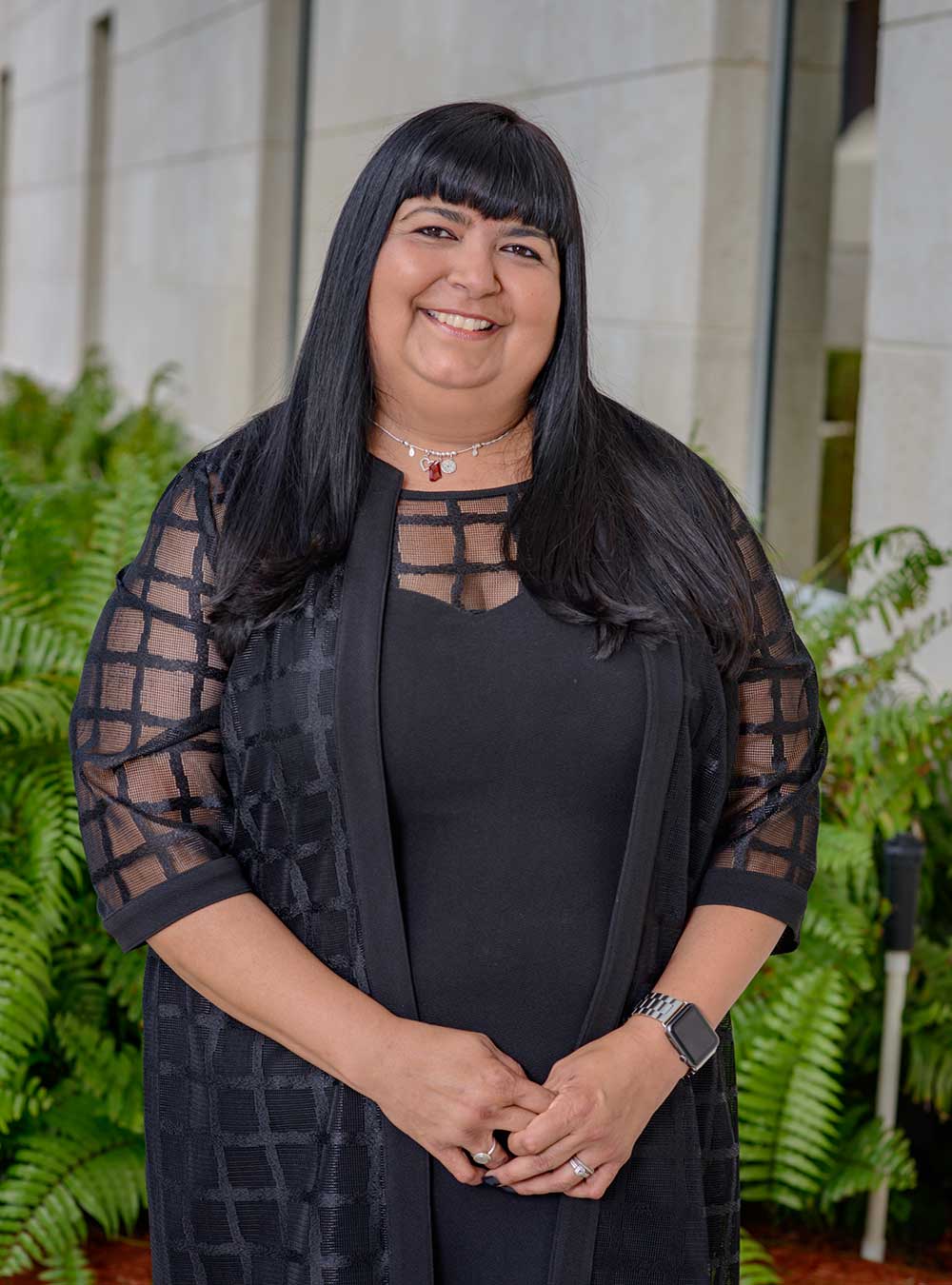 Ms. Alma O. Miro supervises the operations of the College of Law Admissions and Financial Aid Office. After transferring from the University of Puerto Rico in 1989, she received her B.A. in Communications from Temple University in Philadelphia in 1991. Upon graduation, Ms. Miro began working with Aspira of New Jersey as a Talent Search Coordinator, servicing at-risk Latino students with educational counseling and leadership development. It was at Aspira that she discovered her passion for working with students, in particular college placement. In 1992, Ms. Miro was hired by her alma mater as an Admissions Counselor. She became heavily involved in the recruitment of Latino students at Temple and became the Advisor of the Latino Student Association. Ms. Miro chaired the Latino Heritage Month Organizing Committee in 1993 and was appointed to Temple’s Latino Initiatives Committee in 1994, as well as becoming a member and presenter of the Pennsylvania Association of Secondary School Counselors and Admissions Counselors the same year. Ms. Miro joined FIU in 1995 to work as Coordinator of Admissions and was later promoted to Assistant Director. While at FIU, she became the Advisor to the Puerto Rican Student Association and a member of the National College Fair Local Committee of the National Association for College Admissions Counseling. She currently serves as a member of the Florida Bar Grievance Committee.