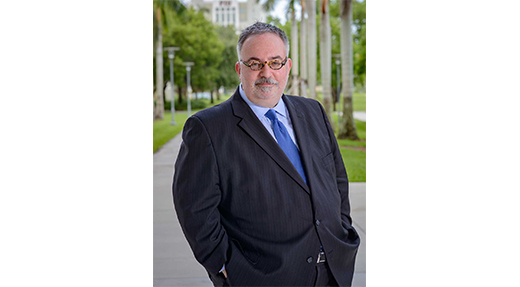 In May 2021, at a release party for a local rapper at the El Mula banquet hall in Miami, three people were killed, and 20 others injured, when three men emerged from a stolen SUV and unleashed gunfire into the crowd.

In October, police arrested the alleged lookout, and person who identified one of the targets for the shooters — Warneric Buckner — a former Norland Senior High School football player who had turned 20 years old days before the shooting.

His supposed confession was the key to the case.

But after reviewing all the evidence, including the detectives’ video-taped interview of Buckner, the Miami-Dade State Attorney’s Office dismissed all charges last December.

“The illegality of the Miranda violation was clear,” Professor H. Scott Fingerhut told Tony Pipitone of NBC 6. “This was open and shut. And since that was their only evidence against him, that’s the ballgame.”

“Of the things Miranda still stands for,” Professor Fingerhut continued, “primary is that you don’t mess with the basic constitutional warnings. And that is precisely what these detectives did.”

“By continuing their interrogation — four times over, mind you, despite Buckner’s clear invocation of his right to counsel — this was about as basic as you get. Much credit to the prosecutors, in a traumatic case, for playing by the rules and doing the right thing.”

The detectives have since been disciplined, including transfer out of the homicide unit.

Buckner may still be prosecuted, should additional evidence timely arise.

Professor Fingerhut is Assistant Director of the Trial Advocacy Program at FIU Law. He teaches Trial Advocacy, Pretrial Practice, Criminal Procedure, and is dually appointed as a Fellow in The Honors College at FIU, where serves as pre-law advisor and teaches the upper-division seminar Observing Ourselves.  Rated AV Preeminent, Martindale-Hubbell’s highest peer rating, Professor Fingerhut practices criminal defense, state and federal, trial and appeal, and Florida Bar and Board of Bar Examiners defense.  He is consistently ranked among Florida’s leading criminal defense attorneys, including Best Lawyers in America, and is a three-time FIU Law Professor of the Year.

To find out more about Trial Advocacy at FIU Law, visit law.fiu.edu/trialad.