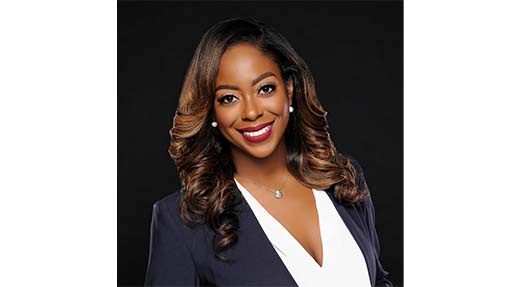 Congratulations to Chanel Rowe ’14, who has been named to The American Lawyer’s inaugural Trailblazer South list and included in the October/November magazine issue. This special supplement developed by the business arm of The American Lawyer spotlights individuals from each practice area that are truly agents of change.

Ms. Rowe states that she hopes to encourage others to do like her and blaze their own trail by passionately pursuing their dreams. She embraces the opportunity and responsibility to open doors and be an example for the next generation of minorities in law and finance. Last year, she was recognized by The National Black Lawyers who included her in their Class of 2020 “Top 40 Under 40.”

In 2021, she was appointed to the Florida International University Board of Trustees for a five-year term and joined Stonehaven, LLC. as General Counsel and Partner. At Stonehaven, Chanel works closely with their management team on commercial matters, including mandate management. She also works in partnership with their management developing and designing technology to simplify workflows and raise value for stakeholders.