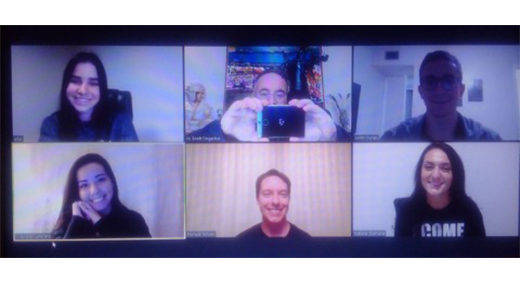 The FIU Trial Team valiantly fought its way into the semifinals of this year’s Chester Bedell Memorial Mock Trial Competition.

Advancing just shy of the championship round were 3Ls CHANDLER LEFEVERE and ELISA DIAZ, and 2Ls FORREST WILSON and NATALIE ZAKHARIA.  These four students battled through four tough trials over two days against Stetson, St. Thomas, FSU, and Cooley. – missing the finals by a mere one vote and two points.

The coaches started preparing for Bedell last October, and the team’s training commenced mid-December, as soon as finals were over.  While others enjoyed their holiday break, the team practiced basically every day, and night — hundreds of hours, literally — crafting case theme and theory, working and reworking testimony, refining openings and closings, sharpening cross examination skills, applying the law, running trials: through Christmas, through New Year’s, and on into January, the dog days of winter, long before the spring semester began.

“Trial Team begins with a blank piece of paper, and everything unfolds from there,” said Professor H. Scott Fingerhut, Assistant Director of FIU’s Trial Advocacy Program.  “Pushing themselves beyond all comfort, for client and cause, these students truly are our College of Law astronauts – daring to fly, eager to explore, boldly leading us to the next horizon.  They put team first, they do their job, and they expect to win — smart, seamless, and confident — the embodiment of the great trial lawyer and the soul of our program motto and special FIU brand of Passionate Principled Advocacy.”

Considered the Florida Super Bowl of mock trial, the Bedell competition, held virtually for the first time this year, is sponsored by the Trial Lawyers Section of The Florida Bar and attracts the state’s powerhouse trial teams.

To discover more about the FIU Trial Team and Trial Advocacy Program, visit law.fiu.edu/trialad or call 305-348-8095.