The Disparate Impact of Criminal Background Checks as Hiring Criteria 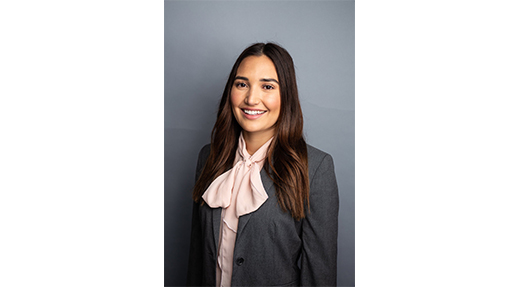 When we consider the increasing number of Americans with criminal records, and the increasing number of employers conducting background checks as a criteria to hiring, it is no surprise that ex-offenders face major hurdles in obtaining employment upon their release.[1] Unfortunately, millions of Americans are denied jobs that they qualify for due to information discovered from a criminal background check.[2] In fact, the majority of employers said they would “probably” or “definitely” not hire an applicant with a criminal record.[3]

Considering the racial disparities rampant in the U.S. criminal justice system, these findings are the most harmful to minority populations. According to the Bureau of Justice Statistics Report, 16.6% of African American adult males and 7.7% of Latino adult males have been imprisoned in their lifetime, in stark contrast to only 2.6% for Caucasian adult males.[4] Additionally, minorities make up 56% of the United States’ incarcerated population, yet only 30% of the entire country’s population.[5] Evidence suggests that these racial disparities are due to racial profiling and discriminatory policies, rather than differing rates of criminal activity.[6] Still, African American men with a felony conviction are the least likely of any demographic to receive job offers.[7]

Perhaps a reason for the high recidivism rate in the United States is the fact that people with criminal records struggle to find jobs. When ex-offenders reintegrate into society, they face many challenges, including high societal and economic costs. [8] Consistent failure to find employment only increases these burdens, and may increase the risk of re-offending. On the other hand, consistent employment has been shown to reduce the risk of re-offending simply by providing individuals with the opportunity to leave a criminal past for a crime-free future.[9]

According to Michelle Alexander, author of The New Jim Crow: Mass Incarceration in the Age of Colorblindness, the main targets of the American penal system of control “can be defined largely by race.”[10] Alexander argues that when minorities are labeled as “criminals,” it permits legal discrimination in many important aspects of life, including employment and education.[11] This is precisely the type of structural inequity that Title VII aims to rectify.

Title VII disparate impact claims are a powerful weapon in combatting racism that extends beyond typical overt discrimination and blatant stereotypes.[12] However, while the first disparate impact claims in the 1970-1980s enjoyed success, in the following years, it became exceedingly difficult to succeed on these claims. This is, in part, because after the Supreme Court’s landmark decision recognizing disparate impact cases, Griggs v. Duke Power Company,[13] the standard for the employer to meet the business necessity defense was relaxed. One scholar posited that attempting to define the business necessity standard really just implicates a prioritization of competing interests—the societal interests in eliminating employment practices with proven discriminatory effects and the entrepreneurial interests in controlling the composition of the workforce.[14]

Weighing these two interests against each other, courts should recognize that the scale leans in favor of the societal interest in eradicating employment discrimination. First, society has an interest in facilitating employment opportunities for ex-offenders not only to keep recidivism rates down and prevent future crimes, but also because limiting ex-offenders’ access to the labor market causes a reduction in employment rates[15] and a high cost to the United States economy.[16]

Second, prioritizing society’s interest in ending this discrimination is consistent with the goal of Title VII, evidenced by the Court’s decision in Griggs. In Griggs, the Court seemed to be concerned with structural inequities developing from residual racism.[17] The Court was not at all concerned with the “qualifications” the applicant brought to the table, but rather that the applicant’s inability to meet the hiring criteria may be a result of a structural disparity in society.[18] The Court acknowledged that the hiring criteria must be neutral in its application, not simply in its appearance.[19] This disparate impact analysis was similarly adopted in subsequent Supreme Court decisions,[20] as well as the Civil Rights Act of 1991.[21]

Notably, the legitimacy of the “business necessity” that employers allege for denying applicants with criminal records—the safety of customers and employees—is undermined by recent evidence showing that individuals with criminal records are statistically unlikely to commit crimes at work.[22] Because obtaining employment is arguably “the most important step toward successful re-entry for people who have broken the law and paid their debt to society,”[23] courts should place more weight on society’s interests to end this discrimination when analyzing disparate impact claims regarding criminal records. This is crucial to prevent the unnecessary exclusion of individuals with unclean records, who, by barring their opportunity to employment, are being denied a chance to succeed.

[6] Results from 2007 National Survey on Drug Use and Health: National Findings, Dep’t of Health & Human Servs. (Sep. 2008), https://www.dpft.org/resources/NSDUHresults2007.pdf; Punishment and Prejudice: Racial Disparities in the War on Drugs, Human Rights Watch (May 2000), https://www.hrw.org/reports/2000/usa/; see also The War on Marijuana in Black and White: Billions of Dollars Wasted on Racially Biased Arrests, Am. Civil Liberties Union (June 2013), https://www.aclu.org/sites/default/files/field_document/1114413-mj-report-rfs-rel1.pdf (finding that the rate of marijuana use is similar for both Caucasians and African Americans, yet African Americans are almost four times more likely to be arrested for marijuana possession).

[7] MICHELLE ALEXANDER, THE NEW JIM CROW: MASS INCARCERATION IN THE AGE OF COLORBLINDNESS 138 (2010). A NIJ funded study looking at employment audits of men in two cities found that a criminal record reduces the chances of getting a callback or job offer by 50%.  Devah Pager, The Mark of a Criminal Record, 108 Am. J. Soc. 937 (2003), https://scholar.harvard.edu/files/pager/files/pager_ajs.pdf. In the subsequent study, Latinos were added to the test pool and had similar negative effects in the labor market. Devah Pager, Bruce Western, and Bart Bonikowski, Discrimination in a Low-Wage Labor Market: A Field Experiment, 74 AM. SOC. REV. 777 (2009), https://scholar.harvard.edu/files/bonikowski/files/pager-western-bonikowski-discrimination-in-a-low-wage-labor-market.pdf.

[15] Christian Henrichson & Ruth Delaney, The Price of Prisons: What Incarceration Costs Taxpayers, VERA INST.  JUST. (Feb. 2012) https://www.vera.org/publications/price-of-prisons-what-incarceration-costs-taxpayers (finding that employment rates were reduced by 0.3%-0.9% for the total working-age population, 0.6-1.5% for the Latino population, and by 2.3-5.3% for the African American population).

[22] See, e.g., Michael Carlin & Ellen Frick, Criminal Records, Collateral Consequences, and Employment: The FRCA and Title VII in Discrimination Against Persons with Criminal Records, 12 SEATTLE J. FOR SOC. JUST. 109, 112 (2013) (finding that employees with criminal records had higher retention rates than those with clean records; additionally, those who were fired “were not let go in response to disciplinary problems or crimes committed on the job.”).