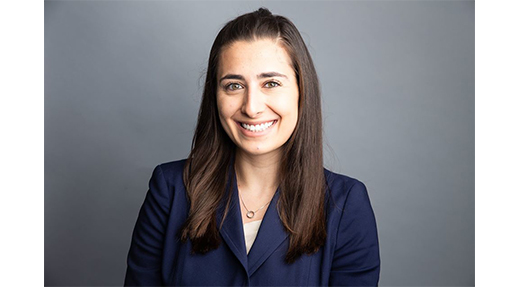 The National Football League (NFL) National Anthem controversy emerged in the later end of 2016 when quarterback, Colin Kaepernick, kneeled during the National Anthem ceremony before an NFL game. This drew attention from all over the world, as Kaepernick and other players soon followed and continued protesting against police brutality towards minorities. There was both praise and backlash, but the NFL sought to remove itself from the spotlight by attempting to restrict the players’ speech. While the NFL and its players could not come to an agreement on the issue, tensions rose, and the controversy heightened. Eventually, the debate fizzled out, and both parties ended up back where they started. But there could have been a better solution to this ordeal. The NFL could have engaged in corporate social responsibility (CSR) efforts to lead to a more positive outcome amongst the NFL and its players. The ultimate goal of CSR is to provide IP protection to the property owner while also focusing on the promotion of human development and progress. CSR strikes the appropriate balance between IP and human rights.

The NFL owns a trademark—an exclusive right to use “a word, phrase, symbol, and/or design that identifies and distinguishes the source of the goods of one party from those of others.”[1] This private property right allows the NFL to maintain a certain degree of control and authority over what becomes associated with its name, brand, and reputation. As a result, the NFL can seek to enjoin any action that the NFL believes may pose a threat to the success of its trademark.

Moreover, the players in the league reserve an individual human right, one that has become defined as an inalienable and fundamental right[2]—the right to self-expression. This right is also protected under the International Covenant on Civil and Political Rights (ICCPR), to which the United States is a party to.[3] Article 19(2) of the ICCPR states, “Everyone shall have the right to freedom of expression; this right shall include freedom to seek, receive and impart information and ideas of all kinds, regardless of frontiers, either orally, in writing or in print, in the form of art, or through any other media of his choice.”[4] So how do we reconcile these two competing interests?

One possible solution that the NFL and players could have taken was practicing corporate social responsibility (CSR). CSR is defined as “actions that further some social good, beyond the interests of the firm and that which is required by law.”[5] As Kaepernick began to take a knee during several games, and as more players started to follow in his footsteps, the NFL should have taken this as a positive lesson. The players were certainly drawing attention to an important social issue that needed addressing. Rather than attempt to restrict the players’ freedom of expression, the NFL should have sought to work alongside them in raising awareness for social injustice. Not only do these issues affect many of the NFL players themselves,[6] but their families, friends, and the public are affected as well.

CSR could have helped these efforts tremendously. The NFL could have practiced CSR in several ways, one of which may have taken the form of utilizing a similar approach to the NBA, which operates NBA Cares. As defined by its mission statement, NBA Cares “is the league’s global social responsibility program that builds on the NBA’s mission of addressing important social issues in the U.S. and around the world.”[7] Just by reading the mission statement of NBA Cares, one can infer that its primary goal is engaging in CSR.

This social responsibility effort is clearly seen and talked about in the NBA’s context, but it’s not so obvious in the NFL, which prefers to file Social Responsibility Reports for each year, outlining all the CSR-related efforts the NFL has undergone within that year.[8] Rather than compile a report on all the social efforts taken for that year, the NFL ought to establish a program like NBA Cares that permits players to speak and raise awareness about issues they feel passionate about.

Perhaps the NFL’s greatest challenge is not so much its lack of engaging in CSR, but rather its approach to putting the community at notice of its efforts. There seems to be a difference in having an organization dedicated to promoting CSR versus simply filing reports about CSR. The organization approach creates a more compassionate perspective on CSR whereas reports seem to depict the typical corporate image of following procedure. While the goal of practicing CSR should not be to market this title as a way to portray to the world that “I’m a good global citizen,” the public should be aware of these efforts, at least to some degree.

In the end, it seems like the CSR approach to the National Anthem controversy aligns well for the NFL and its players. It also strikes a relatively good balance between the NFL’s IP rights and the players’ human rights.

[2] See G.A. Res. 217 (III) A, Universal Declaration of Human Rights, art. 19 (Dec. 10, 1948) (“Everyone has the right to freedom of opinion and expression; this right includes freedom to hold opinions without interference and to seek, receive and impart information and ideas through any media and regardless of frontiers.”).