The Modern Myth of “Hate Speech” as Actionable Conduct 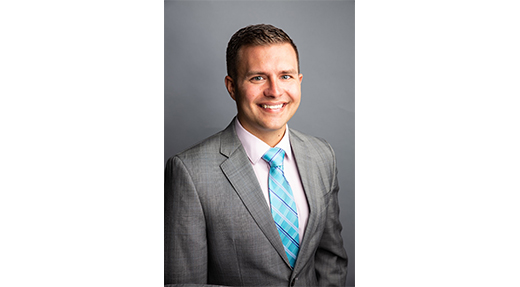 Throughout 2017, numerous riots engulfed The University of California, Berkley.[1] While the ostensible purpose of the gatherings were to protest controversial speakers invited to speak by right-leaning student organizations, each, “protest” quickly descended into violence.[2] Those who incited the violence—groups who label themselves, “anti-fascist” while hypocritically resorting to censorship through force reminiscent of Germany in 1940—assert that both the protests and violence are legitimate and necessary measures to prevent the spread of, “hate speech”.[3] Yet the recent growth of the ironically named “anti-fascist” movement and the adoption of violent tactics are admittedly the result of an influx of young voters disaffected with the Trump Presidency.[4] This trend should serve as a damning mark of woeful inadequacy against the American education system. For while true believers in the, “anti-fascist,” movement will tell you that, “hate speech is not free speech,” they are categorically wrong and should have been taught why they are wrong long before they reach the college campuses that they so mindlessly destroy.[5]

Hate speech is defined as, “[s]peech whose sole purpose is to demean people on the basis of race, ethnicity, gender, religion, age, disability, or some other similar ground, [especially] when the communication is likely to provoke violence”.[6] Now while such speech is abhorrent to reasonable members of society, the Supreme Court has a body of case law more than one hundred years old which unequivocally holds such abhorrent nature does not remove the speech from the protections of the First Amendment. This case law can be broken down into two general bodies. First are cases regarding the, “clear and present danger,” doctrine[7], and second is Chaplinsky v. New Hampshire and its progeny.[8]

The foundations of the clear and present danger doctrine were first laid in 1919, yet the seminal case regarding the doctrine is Brandenburg v. Ohio from 1969.[9] Mr. Brandenburg was a KKK leader convicted by Ohio under its criminal syndicalism statute.[10] Mr. Brandenburg and his compatriots uttered some of the most vile and hateful language conceivable.[11] Mr. Brandenburg’s words cannot be classified as anything other than hate speech, and yet the Supreme Court held that such language is constitutionally protected by the First Amendment.[12] In doing so the Court overruled Whitney v. California and adopted the approach advocated by Justice Brandeis in that case that:

To courageous, selfreliant [sic] men, with confidence in the power of free and fearless reasoning applied through the processes of popular government, no danger flowing from speech can be deemed clear and present, unless the incidence of the evil apprehended is so imminent that it may befall before there is opportunity for full discussion. If there be time to expose through discussion the falsehood and fallacies, to avert the evil by the processes of education, the remedy to be applied is more speech, not enforced silence.[13]

As such, under the Court’s modern interpretation of the clear and present danger doctrine the “anti-fascist” rioters at Berkley find no justification for their actions; because the speakers they disrupted did not incite their audience to violent or unlawful acts, nor did the speakers’ words result in a harm so imminent as to obviate the requirement to resort to counter speech.[14] Therefore, even though such viewpoints were subjectively and irrationally considered, “hate speech,” such speech still is protected by the First Amendment and is not actionable.

The second category of applicable case law begins with Chaplinsky v. New Hampshire in 1942. While Chaplinsky itself dealt with, “fighting words,” the doctrine that, “[t]here are certain well-defined and narrowly limited classes of speech, the prevention and punishment of which have never been thought to raise any Constitutional problem,”[15] has expanded into several other categories to include child pornography[16] and speech used to commission a crime.[17] A comprehensive list of which kinds of speech are categorically excluded under the Chaplinsky doctrine is given by Justice Kennedy in United States v. Alvarez.[18]

It is unnecessary to engage in a Chaplinsky analysis[19] to understand why the supposed, “hate speech,” protested at Berkley does not fit into any categorical exclusion from constitutional protection. The purpose motivating excluding some speech from constitutional protection is founded on the idea that, “such utterances are no essential part of any exposition of ideas, and are of such slight social value as a step to truth that any benefit that may be derived from them is clearly outweighed by the social interest in order and morality”.[20] The speakers targeted were, admittedly, at Berkley for the purpose of discussing ideas regarding social and economic policy. There may be no more essential exposition of ideas or more significant social value than robust political discourse. Even if the speaker’s words engendered the same outrage that Mr. Chaplinsky did with his, “fighting words,” that rage resulted not from any lack of social value of the message spread. Rather, it resulted solely from an immature reaction based on conclusions reached contrary to the rioter’s own views. Such temper-tantrums should not and cannot be allowed to continue to be used to silence socially vital speech, and it certainly provides no grounds for excluding the speech from constitutional protection.

[4] See id. See also Tom Lindsay, New Report: Most College Students Agree that Campus Free Speech is Waning, Forbes (May 31, 2019, 3:56 pm). According to Lindsay, disturbingly, forty-six percent of college students polled consider it preferable to silent dissident speech rather than hurt the feelings of some person or group who may hear the speech and be offended.

[11] While it is possible to provide a direct quote of this language, it would be in exceedingly poor taste to replicate such idiocy. For the actual language spoken, see Brandenburg, 395 U.S. at 446, n.1.

[19] I.e. Whether the government can present, “persuasive evidence,” that the speech to be excluded has, “a long (if heretofore unrecognized) tradition of proscription”. Id. at 722.