3L Xavier Navarro Finds His Niche in the Courtroom 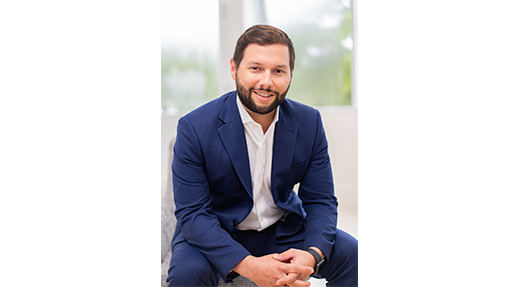 3L Xavier Navarro is a lifelong learner who has found his niche in the courtroom by co-founding Momus Analytics, a jury selection software tool. The company launched its software tool into the market in November 2019 and been named to the National Law Journal list of Emerging Legal Technologies for 2020.

As co-founder and CFO of Momus Analytics, Xavier leads all strategic software development as well as the handling of relationships with attorneys who are customers.

“When the Founder, Alex Alvarez, presented me with the idea and I saw the lack of data analytics in the legal industry, I thought it was an incredible opportunity,” said Xavier. “Also, trials have so much at stake to begin with that the idea of being involved with any trial is a thrilling and exciting experience.”

FIU Law played an important role in Xavier’s career path. “When I started working on Momus I spent so much time in trial that I became enamored with the legal industry and ended up in the FIU Law evening program. FIU Law has been an incredible experience because I have been able to learn the foundations of the legal industry and also simultaneously see it in practice,” said Xavier. During Law school, Xavier received the CALI award for excellence in Torts and International & comparative law.