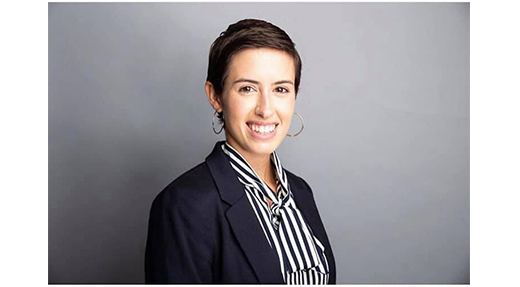 In 1986, the Supreme Court held that sexual harassment was a violation of Title VII’s proscription of discriminatory employment practices.[1] The Court recognized that Title VII not only prohibits employers from making adverse employment decisions—such as firing or demotion—intentionally based on sex (known as disparate treatment)[2] or adopting facially neutral standards that disproportionately exclude women (known as disparate impact),[3] but also from subjecting employees to “[unwelcome] sexual advances, requests for sexual favors, and other verbal or physical conduct of a sexual nature.”[4] The Court concluded that “a plaintiff may establish a violation of Title VII by proving that discrimination based on sex has created a hostile or abusive work environment.”[5] To hold an employer strictly liable for sexual harassment, the employee must show that she suffered a tangible employment action.[6]

The Second and Ninth Circuit—both finding that sexual submission is a tangible employment action—agree that, as a matter of policy, “[i]t would be anomalous to find an employer liable when an employee was able to stand up to a supervisor’s sexual demands, and therefore provoke an action such as termination, but to find no liability when the employee was unable to refuse and was actually subjected to sexual abuse.”[10] While this approach may seem facially progressive, the underlying implications are rather grim.

Courts’ focus on the woman who says yes ignores the woman who says no. “Nothing is more destructive of human dignity than being forced to perform sexual acts against one’s will.”[11] Thus, creating a framework wherein the performance of sexual acts—rather than the resisting thereof—is the defining line between strict liability and no liability perpetuates that very destruction of human dignity.[12] Further, if submission—as opposed to rejection or refusal—is where courts are drawing the liability line, women who refuse to sleep with their supervisors will never obtain relief. The Second and Ninth Circuit may be taking a progressive approach that seems to empower women whose employment lies in the hands of abusive and perverted supervisors, but their approach fails (and disincentivizes)[13] those women who have the courage to say no.

[9] Ellerth, 524 U.S. 742; Faragher v. City of Boca Raton, 524 U.S. 775 (1998). The affirmative defense requires a showing that (a) “the employer exercised reasonable care to prevent and correct promptly any sexually harassing behavior, and (b) [] the plaintiff employee unreasonably failed to take advantage of any preventive or corrective opportunities provided by the employer or to avoid harm otherwise.” Faragher, 524 U.S. at 807.

[13] See Heather S. Murr, The Continuing Expansive Pressure to Hold Employers Strictly Liable for Supervisory Sexual Extortion: An Alternative Approach Based on Reasonableness, 39 U.C. Davis L. Rev. 529, 538 (2006) (“[I]n the absence of a tangible employment action, the only alternative available to a sexual extortion victim following Ellerth and Faragher is to demonstrate an actionable hostile work environment and hope that the employer is unable to satisfy both prongs of the affirmative defense. Given the documented pro-employer trend in granting summary judgment on the Ellerth/Faragher affirmative defense, and the courts’ rather cursory and often incorrect analysis of the two prongs, it is highly unlikely that an employer will fail in its efforts to successfully assert the affirmative defense.” (emphasis added)).