Pay Inequality and USWNT: What Is the Long-Term GOAL in Resolving Gender Inequity in U.S. Soccer? 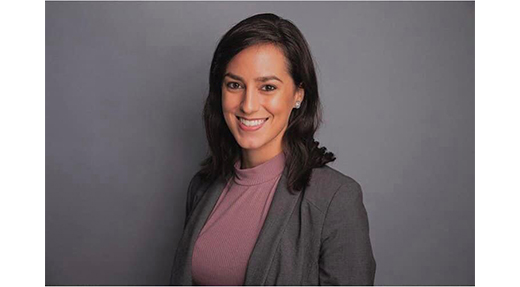 Gender inequality in sports has existed for a long time, and it has been combated in different ways. This past year, the USWNT became the newest champion in the fight against gender inequality in sports. Highly successful and popular, the USWNT sued their employer, the U.S. Soccer Federation (“USSF”), right before the most high-profile event in its sport, the World Cup.

The USWNT alleged two claims: violations of both the Equal Pay Act and Title VII. An examination of the complaint and answer indicates the USWNT has a good likelihood of success, and the existing collective bargaining agreement between the parties will not affect the outcome. Moreover, in an order certifying the class of plaintiffs, the court delivered some strong language, shutting down USSF’s arguments and in favor of USWNT’s case. The court noted the USSF’s arguments would lead to “absurd results.”[3] The judge also noted the USWNT’s injury is not speculative but is supported by facts and evidence;[4] another positive sign for the USWNT and perhaps even a signal to the USSF to settle the case.[5]

Even if the USWNT win the lawsuit, the equal pay, damages, better travel and training conditions, and improved marketing are the least the USSF can do to fix the gender gap in the sport. Suing for equal pay and treatment is a good and necessary step, but a successful resolution to the lawsuit will not solve the systemic sexism which exists within the USSF.

USWNT’s long-term goal should be more than just equality with the USMNT. The long-term goal should be autonomy, or liberty, within the USSF. Women’s soccer in the United States, and in many other countries, is governed by the same body which governs the men’s teams.[6] Many of the problems of inequity between the USWNT and USMNT is the result of the USSF, largely run by men, making shortsighted, or even discriminatory, decisions regarding the women’s teams.[7] The sexism is systemic, and it seems idealistic and naïve to believe the sexism will disappear because of a jury’s decision.[8]

The autonomy theory in feminist jurisprudence moves “beyond equality, which inevitably compares women to men, and [] focus[es] on women themselves.”[9] Its goals are self-definition and self-determination.[10]

What does autonomy look like practically? Well, it must first start with equality. USSF can implement a payment system similar to the one implemented for the Australian national soccer teams in which both male and female teams get paid equally by their federation.[11] But autonomy goes further than equality. It means not just equality in pay, but also control in business decisions. For example, in 2017, the USWNT gained control of some of the team’s marketing rights from the USSF, which allowed the players the freedom to seek sponsors (and additional income).[12]

Ultimately, the most practical realization of the autonomy theory within the USSF is for USSF to cede most, if not all, of its decision making concerning the USWNT to the USWNT General Manager, Kate Markgraf.[13] As the General Manager for the USWNT, Markgraf already oversees the senior and youth women’s teams, including the hiring and firing of coaches and staff, the development of those teams, and their technical plans.[14] This move would delegate the decision-making away from USSF, to one individual whose sole focus is the USWNT and provide the USWNT with a more high-profile representative within the larger structure of the USSF.

While equality is necessary to handle the USWNT’s immediate concerns, the USWNT should strive for autonomy within the USSF. USSF’s refusal to concede to the USWNT’s demands, even in the face of bad press, is inexplicable and makes it unlikely the USSF will suddenly change its attitude if it loses the case.[15] An institutional, organizational change is needed, and autonomy would grant the women greater control in decision-making concerning the team.

[7] Anya Alvarez, I Thought the Main Issue in Women’s Sports Was Equal Pay. I Was Wrong, Guardian (May 9, 2019), https://www.theguardian.com/sport/2019/may/09/i-thought-the-main-issue-in-womens-sports-was-equal-pay-i-was-wrong.