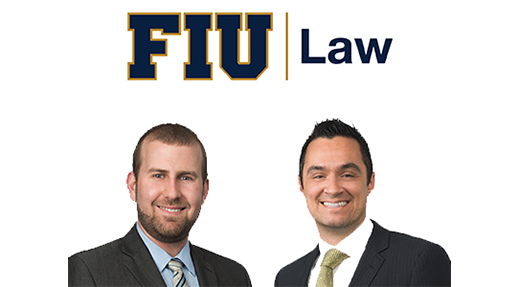 FIU Law would like to congratulate Alumni Ian G. Bacheiko and Elan Hersh  who were both recently promoted to partner at Akerman. Mr. Bacheiko and Mr. Hersh are graduates of FIU Law Class of 2011. Mr. Bacheiko received a B.S. in Accounting from the University of Florida in 2007 and is based out of the Miami office with a practice focused on the laws governing alcoholic beverages, tobacco, cannabis, and other regulated products. Mr. Hersh received a B.S. from Cornell University in 2004 and currently leads Akerman’s electronic discovery (eDiscovery) team.