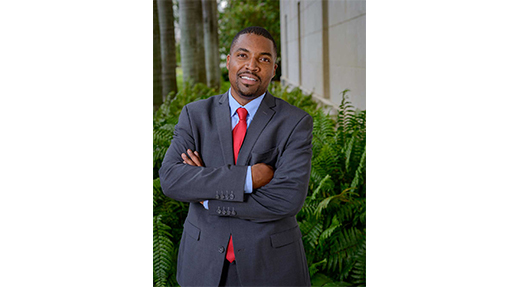 The process of selection for the next chief Prosecutor of the International Criminal Court is now under way. A nomination and election of the most qualified candidate for the position is scheduled to take place at the United Nations in New York in December 2020. During the Eighteenth Session convening the 123 States Parties of the International Criminal Court, held between 2 and 7 December 2019 in The Hague, Netherlands, FIU Law Professor Charles C. Jalloh and four other experts who together represent each of the five regions evaluated 144 applications for the position and prepared a confidential long list of candidates for potential interview. The creation of a Panel of Experts, of which Professor Jalloh is the Chair, is a groundbreaking innovation by States to help ensure only the most qualified candidates are considered by the Committee on the Election of the Prosecutor of the International Criminal Court, and ultimately, nominated and elected by the States Parties themselves. For more on the process and the interim public report and regional and gender breakdown of applications, see here and here.

Professor Jalloh subsequently travelled to Sierra Leone, where on December 14, 2019, he was the keynote speaker at the University of Makeni Department of Law, Faculty of Social Sciences on the topic “Sierra Leone from Peace Building to Building a Cohesive State based on The Principles of Justice, Peace, Security and Development.” The Vice-Chancellor of the University and the Dean of the Faculty of Social Sciences gave welcome and opening remarks respectively. Professor Jalloh’s keynote focused on the contributions of international crimes prosecutions by the United Nations-backed Special Court for Sierra Leone to peace and stability in a West African country that experienced a brutal blood diamonds driven civil war between 1991 and 2002. His monograph on the international tribunal entitled The Legal Legacy of the Special Court for Sierra Leone is forthcoming from Cambridge University Press this summer.