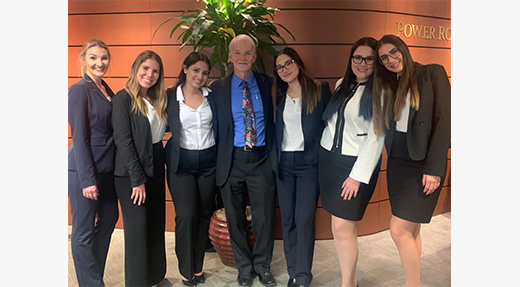 A third FIU Law team—Amanda Radloff (3L) & Natalie Hernandez (3L)—narrowly missed the Final Four, by three points and the vote of one judge in the Preliminary Rounds. In the preliminary rounds, the three FIU Law teams collectively won 5 of 6 rounds and 14 of 18 judges’ ballots, as the three teams went 5-1, 5-1, and 4-2 for judges’ ballots.  The FIU Law teams faced teams from University of Illinois, John Marshall, and Drake in the Preliminary Rounds (teams from those school have placed 1st or 2nd in the ABA Regionals 6 times in the past 4 years—Illinois (3), John Marshal (1), and Drake (2)).