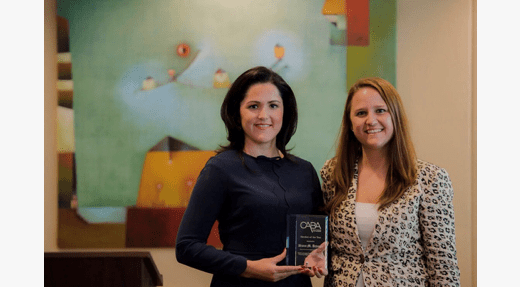 Diana Arteaga ’09 has received the CABA member of the year award. Diana has been a member of CABA since she was a law student and began her involvement as a student in their mentorship program. She was also a recipient of the Judge Mario P. Goderich scholarship and is currently the VP of Government Relations at Broward Health.