On August 9, 2019, the International Law Commission (“ILC”), an independent expert body established by the United Nations in 1947, held its last sitting for this year in Geneva, Switzerland, with the adoption of its 2019 report for the United Nations General Assembly. This marked the successful completion of the ILC’s 71st session, which saw its consideration of nine topics on the current program of work.

The highlight of the topics studied this year was the completion, upon second reading, of the historic Draft Convention on the Prevention and Punishment of Crimes Against Humanity. The draft treaty will now be forwarded to States with a recommendation to negotiate a multilateral convention on the subject. The ILC also made substantial progress on several other topics. This included the adoption, on first reading, of a complete set of draft conclusions and principles accompanied by commentaries on the topics “Peremptory norms of general international law (jus cogens)” and “Protection of the environment in relation to armed conflicts.”

The ILC also added the topic, “Sea level rise in relation to international law”, to its current work program. The latter was a direct response to the calls of many States for it to do so during the October 2018 debate of the 2018 ILC report to the General Assembly.

FIU Law Professor Charles Jalloh, who served as the Chair of the ILC’s Drafting Committee in 2018 and was again elected to the Bureau as the Rapporteur for this year’s session, was assisted in Geneva by three FIU Law Dean Fellows: Ashira Vantrees, Cecilia Ruiz Lujan and Jennifer Triana. The assistants were selected following an open competition. Dean Antony Page awarded them the fellowship. 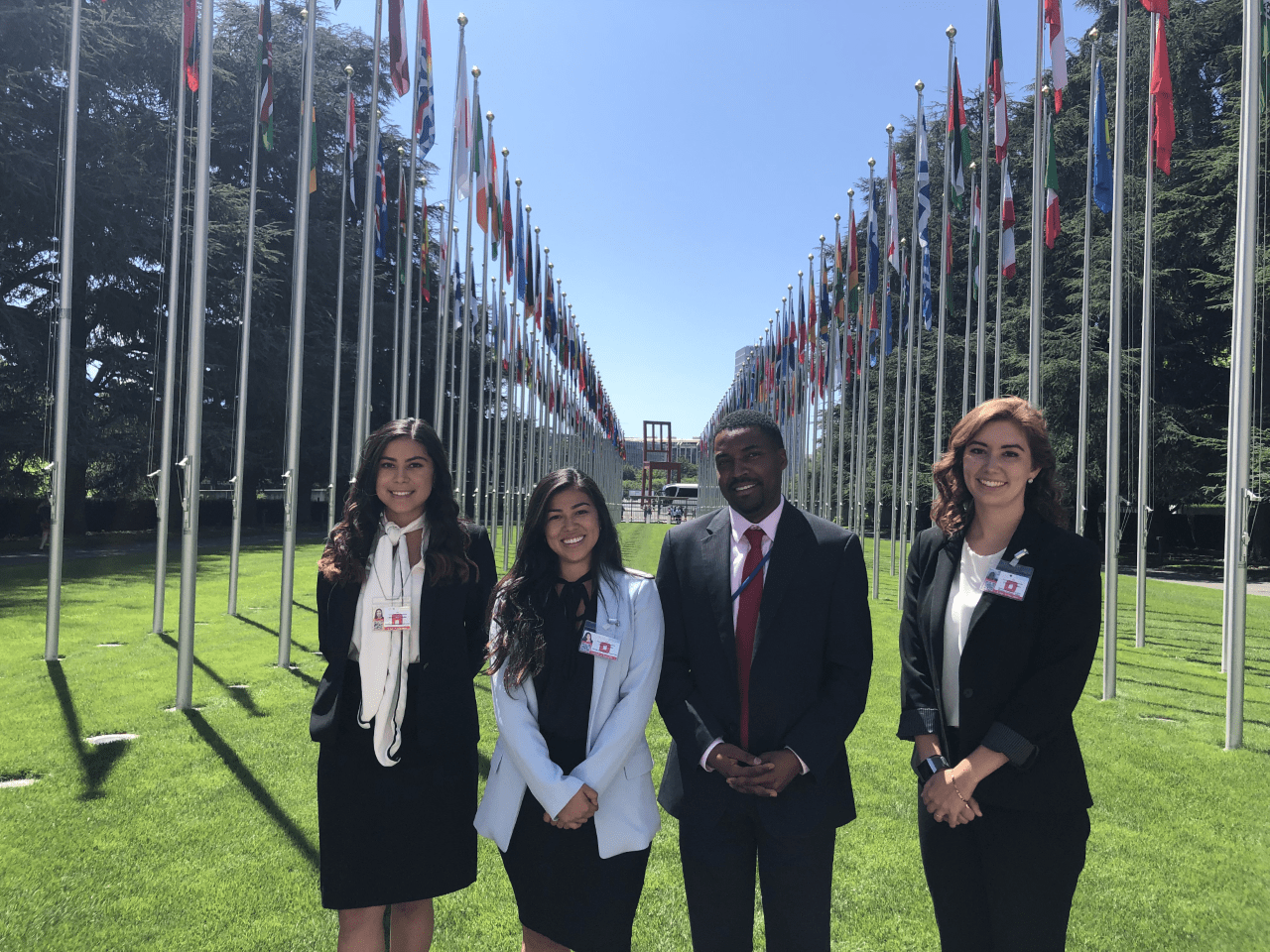