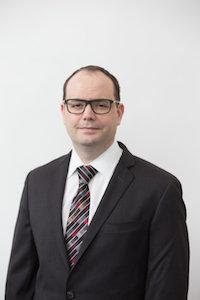 Blockchain software, like Bitcoin, are computer programs that allow users to transmit information to one another within the confines of a distributed-ledger transaction model. Some blockchain advocates argue that software systems like Bitcoin are shielded by the First Amendment and exempt from regulation under several theories:

These arguments are flawed in two respects: (1) they all require an expansion of the First Amendment to the point that it would swallow the Constitution, which no court would permit; and (2) even First-Amendment protected conduct is subject to regulation.

Under the above theories, any transaction with a country’s currency would be subject to First Amendment protections, an outcome that is plainly untenable and unsupported by Supreme Court precedent. That one could write a political message on a dollar bill and “publish” at the corner store when buying some milk does not transform all dollar bills into protected speech or all paper currency into a “publishing platform.” An organization’s need for money does not transform all financial transactions into a protected “means of association.” Activity is not protected merely because it involves “information” or “money”; doing so belies “any lawyerly sense.”[5]

All conduct can be distilled down to information, yet it cannot be that all conduct is First-Amendment protected. Violently beating someone with a baseball bat communicates information.[6] Communicating how to clandestinely grow “magic mushrooms” involves expression.[7] Everything from an innocuous purchase on Amazon to financial support of terrorist groups involves the exchange of information. Merely labelling activity “information” is not dispositive of the issue of First Amendment protection. As the Court stated in Spence v. Washington:

It is . . .  necessary to determine whether . . . activity was sufficiently imbued with elements of communication to fall within the scope of the First and Fourteenth Amendments, for as the Court noted in United States v. O’Brien, “[w]e cannot accept the view that an apparently limitless variety of conduct can be labeled ‘speech’ whenever the person engaging in the conduct intends thereby to express an idea.”[8]

To do otherwise would expose a “limitless variety of conduct” to First Amendment protections resulting in an “Ayn Rand-inspired fantasy world seemingly sprung from the imagination of a bedazzled college sophomore.”[9]

Even extending First Amendment protection to blockchain-based activity would not create a regulation-free zone. Constitutionally protected speech may be regulated under varying levels of scrutiny;[10] in clashes between various rights and interests, the First Amendment is not the One Amendment to Rule Them All.[11] We regulate everything from internet service providers to “telephone companies, railroads, and postal services, without raising any First Amendment issue.”[12] Bitcoin is no exception.

[3] Hofmann, supra note 1, at 13–14; see also Danny Bradbury, Bitcoin is Crucial for the Future of Free Speech, Say Experts, CoinDesk (Aug. 6, 2013), https://www.coindesk.com/bitcoin-is-crucial-for-the-future-of-free-speech-say-experts (discussing how some people got into Bitcoin to donate to Wikileaks without fear of the donation being traced).

[4] Alice Huang, Reaching Within Silk Road: The Need for A New Subpoena Power That Targets Illegal Bitcoin Transactions, 56 B.C. L. Rev. 2093, 2116 (2015) (discussing whether virtual currency transactions are protected based on Citizens United v. Federal Election Commission, 558 U.S. 310 (2010)); see also Alex Lemieux, To Regulate Or Not To Regulate; That Is The Cryptocurrency Question, The Republican Standard (July 21, 2018), https://therepublicanstandard.com/to-regulate-or-not-to-regulate-that-is-the-cryptocurrency-question/ (“[P]eople may ask that since money – especially in elections – is noted as a freedom of speech or expression, should cryptocurrency remain unregulated?”).

[5] See Langvardt, supra note 1, at 790 (describing such arguments as “bare logic untempered by any lawyerly sense”).

[7] Ross Ulbricht was one of the founders of Silk Road, an online black market fueled by Bitcoin. United States v. Ulbricht, 79 F. Supp. 3d 466, 472–73 (S.D.N.Y. 2015). Ulbricht argued that the First Amendment should exclude an electronic manual found on his laptop entitled “The Construction & Operation of Clandestine Drug Laboratories.” Id. at 490. The court was unpersuaded. Id. (“The First Amendment is not a proper basis for this objection: acts of speech may always be used as probative of participation in criminal activity.”).

[13] See Langvardt, supra note 1, at 815 (“I suspect that the line between ‘expressive’ and ‘non-expressive’ information streams will eventually be worked out, and that when that occurs, it will take the form of a cultural intuition rather than a doctrine made by lawyers.”).