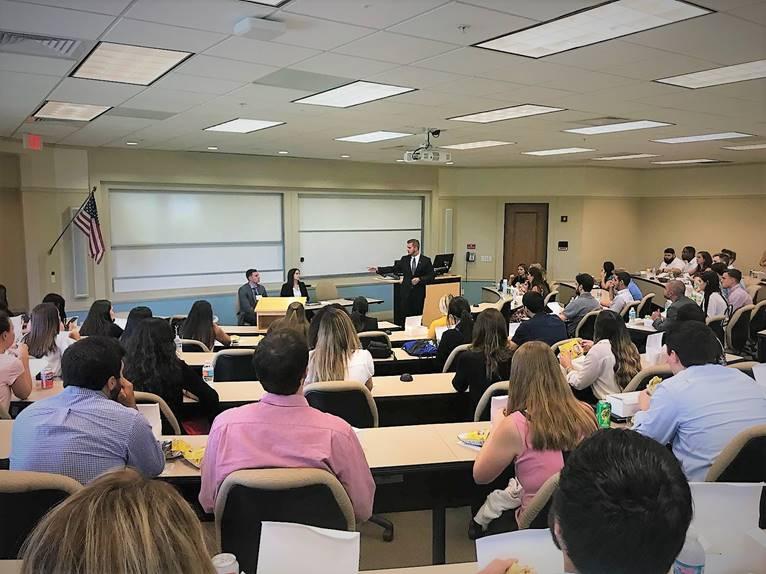 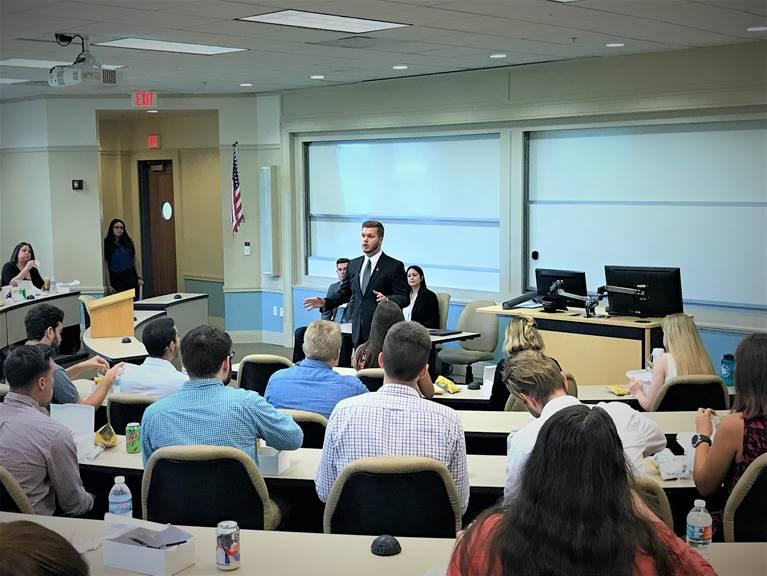 Mr. Walker, representing the family of Thai SEAL diver Saman Gunan, who died tragically during his valiant attempt to save the boys, opened on behalf of the plaintiffs, arguing that the defendant/coach was negligent, and thus responsible for the diver’s death, by taking the boys down into the cave despite warnings that it would flood in rainy season.  “The defendant knew better, but did not do better,” Walker told the “jury.” 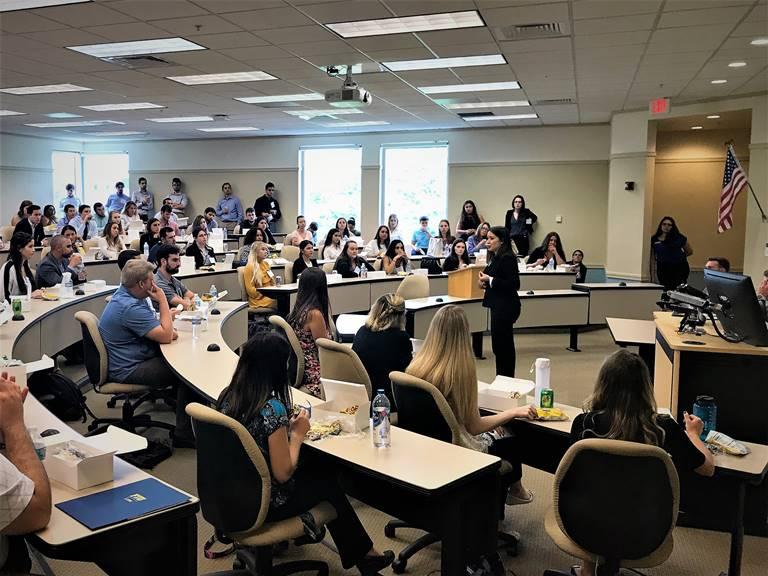 Ms. Parker, Trial Team Vice President, then opened on behalf of the defendant, soccer coach Ekapol Chantawong, telling the filled classroom that her client was a hero for keeping all 12 boys alive for 18 days, that he was not legally responsible for the diver’s unfortunate death, and that what this case was really about was “a flood of misplaced blame.” “Both Ms. Parker and Mr. Walker were spectacular,” Professor H. Scott Fingerhut, Assistant Director of the Trial Advocacy Program, observed.  “What was key that we accomplish during this presentation — so early on in the law school lives of our incoming class — was to captivate their attention and let them know all that our Trial Advocacy Program, generally, and our champion Trial Team, in particular, have to offer.  Ms. Parker and Mr. Walker, seasoned student-advocates, performed magnificently and provided precisely the passionate spark to inspire untold 1Ls to avail themselves of our Program and pursue careers as great trial lawyers.” 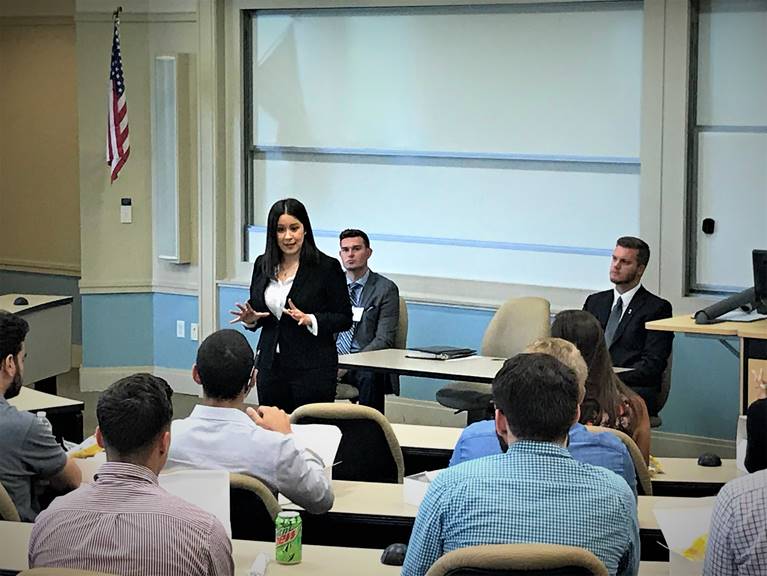 Contact the Trial Advocacy Program and Trial Team at law.fiu.edu/trial-advocacy and 305.348.8095.