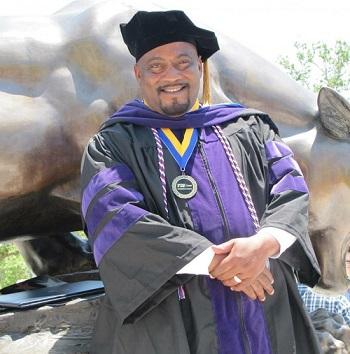 You are invited!  The American Caribbean Law Initiative Oral Arguments will be held at the College of Law on Friday November 10th at 9am.  FIU Law will host four Caribbean law schools (twenty-one law students from Trinidad and Tobago; Nassau, Bahamas; Kingston, Jamaica; and Caymen Islands.)  We will also have our own group of law students participating as part of the American and Caribbean Law Seminar taught by Professor Phyllis Kotey.  Oral argument judges include bar organizational members as well as the Honorable Marcia Del Rey who will serve as presiding judge.

Desmond Meade is a formerly homeless returning citizen who overcame many obstacles to eventually become the current State Director for Florida Live Free Campaign, President of the Florida Rights Restoration Coalition (FRRC), Chair of Floridians for a Fair Democracy, Chair of the Florida Coalition on Black Civic Participation’s Black Men’s Roundtable, and a graduate of Florida International University College of Law. As State Director of the Live Free Campaign, Desmond is currently engaged in a national campaign to reduce mass incarceration, reduce gun violence in urban communities, and re-enfranchise the over 5 million returning citizens nationally who are prevented from voting. The Live Free Campaign is a part of the PICO National Network, the nation’s largest organizer of faith based congregations with over 1,000 member institutions. Representing over 1 million families in 150 cities and 17 states, including Florida. As President of the FRRC, which is recognized for its work on felon disfranchisement issues, Desmond has orchestrated the reorganization and incorporation of a coalition comprised of over 70 state and national organizations and individuals which includes, but not limited to the NAACP, ACLU, PICO, Florida League of Women Voters, A. Philip Randolph Institute, PICO Florida, and Florida Immigration Coalition. He is presently leading efforts to restore civil rights to over 1.68 million Floridians, empower and civically re-engage local communities, and to reshape local, state, and national policies. Desmond has testified before Congressional members and staffers, and was a part of a delegation to the United Nations where he gave testimony regarding disenfranchisement in Florida. Desmond recently orchestrated an historic meeting at the White House between returning citizens and the President’s administration. He has appeared on numerous shows such as Al, Jazeera, Democracy NOW and MSNBC with Joy Ann Reid. He is a guest columnist for the Huffington Post in which one of his articles about the Trayvon Martin incident garnered national attention. Desmond has been featured in several newspaper and magazine articles, and was chosen as a “Game Changer” by Politic 365, as well as being recognized as a “Foot Soldier” on the Melissa Harris-Perry Show on MSNBC.