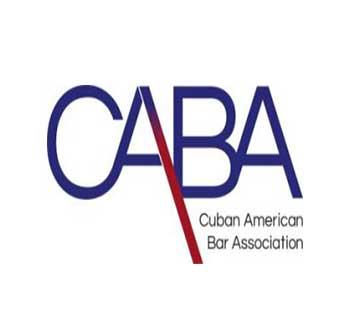 You may find their published article starting on page 15 of the brief, which can be downloaded here.

Arturo F. Hernández
Juris Doctor Candidate 2018, Florida International University
College of Law. Student Attorney, FIU College of Law Immigration and Human Rights Clinic.
Arturo Hernandez was born to Cuban parents in Miami, Florida, and has lived
in South Florida his entire life. As a law student and future lawyer, Arturo seeks to
extend to his clients the opportunities that the United States has offered to him and his
family. As a Student Attorney for the Carlos A. Costa Immigration and Human Rights
Clinic at FIU College of Law, Arturo represents indigent adults that are facing removal
from the United States before the Immigration Courts. He additionally assists in the
representation of undocumented children who have been abandoned, neglected,
and abused by their parents. His primary focus of study and practice is the defense of
immigrants facing removal proceedings arising out of criminal convictions. Arturo also
serves as President of the FIU Law Society of Immigrant Advocates, Pro Bono Committee
Head of the FIU Law Chapter of CABA, Student Bar Association Class Representative
for the Class of 2018, Notes Editor for the World Arbitration and Mediation Law Review,
and Secretary of the Veterans and Military Law Students Association. Prior to entering
law school, Arturo worked at the Miami office of Broad and Cassel. He has also served
as a legal intern within the Miami-Dade County Public Defender’s Office in the County
Court Division. Arturo currently works in the Law Office of Martin Beguiristain, a law firm
that specializes in immigration removal defense.
Andrea M. Piloto
Florida International University College of Law, Juris Doctor Candidate 2018.
Andrea Piloto was born in Miami, Florida, in 1993 from parents of Cuban descent. Having grown up with stories and traditions that accompanied her grandparents over the Florida Straits and into the Roads, Andrea is a very proud Cuban-American. Now, while in law school, she is keeping her Cuban roots alive through her Presidency of the FIU Law Chapter of CABA. Additionally, Andrea is the President of the Catholic Law Student Association (CALSA). Andrea is on the Trial Advocacy Team, and she is a Student Ambassador for the FIU Law Admissions Office. Andrea is also currently the Secretary of the FIU Law Student Bar Association (SBA). Over the summer of 2017, Andrea completed a judicial internship with the United States District Court of the Southern District of Florida and an internship with the Miami-Dade State Attorney’s Office. She has also completed internships with the General Counsel of the Department of Children and Families (DCF) and with Senator Marco Rubio’s Office. This fall semester, Andrea returned to the Miami-Dade State Attorney’s Office as a Certified Legal Intern. As a part of CABA, Andrea has been in the crux of discussions arising as a result of the new U.S.-Cuba immigration relations, which is what brought her to participate in the production of this brief. She and co-author, Arturo, look forward to sharing this final product with you.