The Key to Fixing the NFL’s Arbitration Process: Negotiation 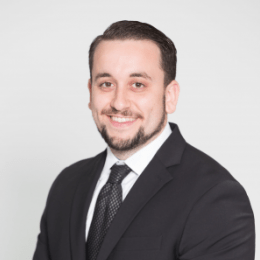 Since 1964, players from the biggest stage in football—the National Football League (“NFL” or “League”)—have been exposed to a faulty disciplinary process. This process is explained within Article 46 of the Collective Bargaining Agreement (“CBA”) between the League and the National Football League Players Association (“NFLPA”). The process begins with a notice to the player in question, in writing, from the League’s Commissioner, Roger Goodell (“Commissioner”), stating the violative behavior and the resulting punishment.[1] Punishment is imposed on players “for conduct detrimental to the integrity of, or public confidence in, the game of professional football.”[2] Interestingly, Article 46 of the CBA does not articulate what specific conduct detrimentally affects the “integrity of, or public confidence in” the game of football. Players are free to appeal the Commissioner’s decision within three days of the written notification and request a hearing on the matter.[3]

The hearing process itself is where further abnormalities come to light. The League Commissioner has the power to appoint hearing officers, but may serve as the hearing officer in any appeal at his discretion.[4] Once the arguments are heard, the hearing officer issues a decision “which will constitute full, final, and complete disposition of the dispute and will be binding.”[5] The reality of the hearing process is that the Commissioner wields an astonishing amount of power because Article 46 of the CBA, in its current iteration, allows a single individual to act in every role of the grievance process. To say that the Commissioner acts as a judge, jury, and executioner is an understatement, as the Commissioner not only has unilateral decision-making authority, but also has the authority to delegate his power to an individual of his choice. For example, after the Tom Brady arbitration fiasco, Roger Goodell opted to unilaterally assign another arbitrator to Ezekiel Elliott’s arbitration instead of taking the reins himself.[6]

United States courts have little room to step in and clear up the mess when players seek judicial review. The high-profile U.S. Court of Appeals case involving Tom Brady saw the Second Circuit reinstating Brady’s four-game suspension last season.[7] The three-judge panel held that Commissioner Goodell “properly exercised his broad discretion under the collective bargaining agreement and that his procedural rulings were properly grounded in that agreement and did not deprive Brady of fundamental fairness.”[8] The Court’s analysis was governed by Section 301 of the Labor Management Relations Act—which promotes “industrial stabilization through the collective bargaining agreement”—with particular emphasis on private arbitration of grievances.[9] Federal law favors the contents of collective bargaining agreements because of how strenuously they are negotiated and re-negotiated over time, demonstrating consideration on behalf of both parties to the agreement.

Thus, the only way for the NFL’s arbitration process to see improvement is through discussion at the negotiating table. The CBA currently in effect is set to expire in 2021, at which point the NFLPA and the League would need to renegotiate the agreement.[10] Though it is still unclear what the NFLPA has in mind for its inevitable trip to the negotiating table, past negotiations suggest that a plea for independent arbitration proceedings is on the NFLPA’s radar.[11] Conducting private resolution of labor disputes relieves some of the stress on U.S. courts, but the equity of such resolution procedures is in the hands of the negotiators.