Hey Hey Ho Ho, Racist Speech Has Got To Go? 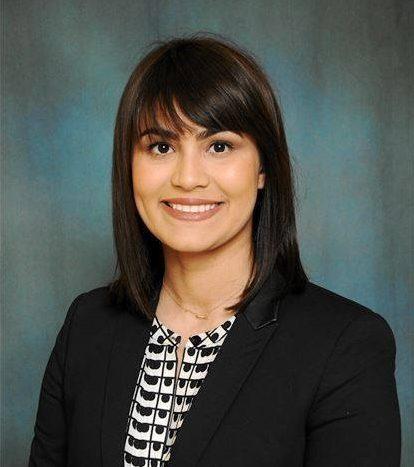 The aftermath of the February Berkeley protests in response to inflammatory right-wing commentator Milo Yiannopoulos’ appearance on campus[1] reminds one of Supreme Court Justice Louis Brandeis famous concurrence in Whitney v. California.  There, Justice Brandeis famously opined that “if there be time to expose through discussion the falsehood and fallacies, to avert the evil by the processes of education, the remedy to be applied is more speech, not enforced silence.”[2]

This is not contrary to the rights of protestors to picket people like Yiannopoulos, whose views and opinions demonize, ostracize, and incite violence against marginalized communities.[3] However, petitioning public school authorities to cancel appearances of white nationalist-affiliated speakers is more damaging than beneficial to the principles of the First Amendment and the very disadvantaged groups seeking protection.

Aside from restricting speech that triggers imminent lawless actions, there may be no examples of restricting speech benefiting a marginalized group in our society. Rather, America has a long history of largely unrestricted rights to free speech, even racist and offensive speech. In Brandenburg v. Ohio, for example, the Supreme Court struck down a criminal conviction of a Ku Klux Klan group for “advocating violence as a means of accomplishing political reform because their statements at a rally did not express an immediate, or imminent intent to do violence.”[4] A more relevant doctrine in regards to racist speech censorship, however, is found in Chaplinsky v. New Hampshire.[5]  There, the Court introduced the “fighting words” doctrine, which excludes from the First Amendment protection “insulting or ‘fighting’ words, those which by their very utterance inflict injury or tend to incite an immediate breach of the peace” by provoking a fight.[6]  However, it is significant to note that the first prong of Chaplinsky’s fighting words definition, words “which by their very utterance inflict injury,” was dicta. The Court’s holding was that the state statute at issue was justified by the state’s interest in preserving the public peace by prohibiting “words likely to cause an average addressee to fight.”[7]  The Court later elaborated that the words must be “personally abusive . . . which, when addressed to the ordinary citizen, [are], as a matter of common knowledge, inherently likely to provoke a violent reaction.”[8]

There is a compelling argument that racist speech may sometimes provoke violence, either against the perpetrators or those targeted by the harmful speech.  Racist, sexist, and xenophobic speech may also intimidate its targets into fearing for their physical safety, or it may create so much emotional distress that they are unable to function effectively as contributing members of society.  Even when discriminatory speech does cause physical altercations or severe emotional impairment, it is still an assault on one’s self-esteem and personal identity.

However, the people responsible for property damage and violence at the February Berkley protests were a distinct group known as the “black bloc” who specifically gathered on campus to incite violence rather than protest Milo’s message.[9] Moreover, we have criminal and tort laws in place to punish people who physically harm others and cause property damage without infringing on their rights to free speech.

Most importantly, it is impossible to find, target, and challenge harmful narratives if they are prohibited from being voiced in the first place.  Abridging the speech of hate groups does not make those attitudes disappear.  Rather, those attitudes will continue to fester in the deepest pits of websites like reddit and 4chan,[10] which are credited with radicalizing young white men[11] who feel that religious, racial, and ethnic minorities are the root cause of their problems.  In the absence of their overt presence, mainstream society may grow complacent, thinking it has solved a problem that actually persists.  A cloaked enemy is more dangerous than one that is seen.  In addition, censored material would be turned into a “forbidden fruit” that could still be easily found and distributed online, and advocates of racism would be turned from pariahs to martyrs.

Finally, is it truly wise to trust university authorities to decide what speech is “too offensive”?  Bestowing upon government authorities the power to decide what type of ideology is welcomed on college campuses has the potential to backfire and target minorities exercising their free speech. A survey of lower court decisions in regards to “fighting words” revealed a pattern of black defendants prosecuted and convicted in cases that involved “either the expression of opinion on issues of public policy or words directed towards a government official, usually a police officer.”[12]  In 2014, the University of South Carolina was forced to cancel a performance called “How to Become a Lesbian in 10 Days” due to pressure from state legislators who felt the show would “promote perversion.”[13]  At the University of Toledo, campus police officers suppressed the peaceful picketing of students who gathered at the lecture by political strategist Karl Love.[14]

There have also been calls for classifying Black Lives Matter as a hate-group and their message as “hate speech.”[15]  This type of decision-making and power in hands of an administration that opposes goals and missions of groups like Black Lives Matter is antithetical to social justice and activism. Universities, student groups, and activists have a valid reason to be wary of giving platforms to dangerous ideas. However, Universities can subvert these influences by inclusive events aimed at educating students about topics or people the racist and xenophobic speech targets. The students should also continue to exercise their free speech by protesting and picketing those whose ideas are antisocial to those of the modern society.  Fighting speech with speech is as American as apple pie; it must involve as little government influence as possible.  As Michael Meyers has said, “[I] believe . . . that free speech is the minority’s strongest weapon. . . . [P]aternalism [and] censorship offer the college student a tranquilizer as the antidote to campus and societal racism. What we need is an alarm clock. . . . What we need is free speech . . . and more free speech!”[16]

[10] Reddit and 4chan are simple image-based bulletin boards where anyone can post comments and share images anonymously. These websites have been a popular outlet for spread of racist and white supremacist propaganda.

[16] M. Meyers, Banning Racist and Other Kinds of “Hate” Speech on the College Campus (Outline for a debate with John A. Powell at Hofstra University, Hempstead, Long Island) (Jan. 25, 1990).