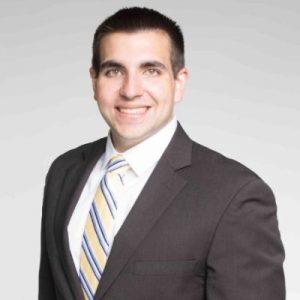 As a consequence of the Cuban Migration Agreements of September of 1994 and May of 1995, Cuban immigrants who entered the United States pursued residency one year following inspection.[1] This process later became defined as the “Wet Foot, Dry Foot” policy (“Wet Foot, Dry Foot”) recognized today.[2] As of January 12, 2017, Cuban immigrants who hoped to enter the United States will be subject to the same stringent rules as immigrants from other countries. There are differing perspectives as to whether President Obama’s decision to repeal Wet Foot, Dry Foot was beneficial or detrimental.[3]

The removal of Wet Foot, Dry Foot denies an outlet for political refugees. The CAA and later refined Wet Foot, Dry Foot were created to allow Cubans to escape an oppressive Castro regime.[4] Today, Cuba remains a country oppressed by the Castro regime with no end in sight. By repealing Wet Foot, Dry Foot the United States turned its back on the newer generation of Cuban immigrants who may also face similar circumstances to those the CAA was designed to protect.

Neither the death of Fidel Castro, nor the repeal of Wet Foot, Dry Foot guarantees that Cuban immigrants will stop continuing to come to the United States. After Fidel Castro withdrew as the head of government in July of 2006, the number of Cuban immigrants apprehended by U.S. Border Patrol agents reached an all-time high.[5] While the reason for everyone’s journey is different, many still find it necessary to make the trip.[6] For these reasons, the act of revoking the policy is mere show.

However, President Obama’s decision was beneficial for United States’ jurisprudence. First, the decision to repeal Wet Foot, Dry Foot creates a uniform regulatory system for handling immigrants. Second, removing the favoritism towards Cuban immigrants may begin mending the wounds caused by the United States’ disinterest in Haiti, and Southern American countries.[7] As affirmed by President Obama, “By taking this step, we are treating Cuban [im]migrants the same way we treat [im]migrants from other countries.”[8]

Repealing Wet Foot, Dry Foot is a stepping-stone into repealing ineffective and archaic laws established in the 1960s or earlier. For example, originally, the CAA was established to assist Cuban citizens who faced persecution under the Castro regime.[9] Despite the CAA’s positive purpose, it has been abused in recent decades.[10] Cuban immigrants are not escaping persecution, but rather coming to the United States for economic opportunity, a sharp contrast to the CAA’s founding purpose.[11] This is the likely explanation for the ever-growing Cuban immigrant population.[12] Because Cuban immigrants did not have to go through the same processes toward naturalization as other immigrants, Wet Foot, Dry Foot allowed for an easier change and new beginning.

Ultimately, it is debatable whether we will see a similar law in the future so favorable towards a specific group of people. Yet, even with its favoritism, the law allowed many Cubans to seek protection in the United States. As such, regardless of whether the law has been abused, we should truly be grateful for the new opportunities it provided to those who fled such an oppressive regime.

[3] Special thanks to my close friend, Daniel Gilberto Ruizcalderon, who provided me a unique perspective as to President Obama’s decision to the repeal of Wet Foot, Dry Foot as a Cuban-American with relatives who fled the Castro regime during the late twentieth century.

[4] David Abraham, The Cuban Adjustment Act of 1966: Past and Future, Emerging Issues Analysis: Res. Solutions, May 2015 at 1–3, http://media.law.miami.edu/faculty-administration/pdf/david-abraham/cuban-adj-act.pdf (“The initial theory of the CAA and its advocates was that anyone and everyone fleeing or otherwise leaving Cuba . . . was an asylee, that is a victim of ‘persecution,’ and one of whom a normal . . . entry into the United States could not be expected and should not be required. . . . For citizens of all other countries, the fact of arriving in the United States from an ‘unfree’ country is distinctly and definitely not enough to gain asylum and residency.”) (footnote omitted).

[7] The enactment of the CAA of 1966 was in response to an oppressive regime established by Fidel Castro. “[Yet, d]uring the Kennedy administration, Haiti suffered the repressive rule of Duvalier, also known as ‘Papa Doc,’ who engaged in ongoing human rights violations. . . . [T]he United States ‘turned a blind eye’ and . . . officially severed relations with Haiti. . . . Duvalier continued his oppressive reign over Haiti until 1971. In 1971, his son . . . took over the presidency [and] was just as oppressive as his father’s previous reign . . . until he was ousted in 1986.” Alberto J. Perez, Note, Wet Foot, Dry Foot, No Foot: The Recurring Controversy Between Cubans, Haitians, and the United States Immigration Policy, 28 Nova L. Rev. 437, 446 (2004); Malissia Lennox, Note, Refugees, Racism, and Repatriations: A Critique of the United States’ Haitian Immigration Policy, 45 Stan. L. Rev. 687, 692 (1993); Gilburt Loescher & John Scanlan, Human Rights Power Politics, and the International Refugee Regime: The Case of U.S. Treatment of Caribbean Basin Refugees 12 (1985).