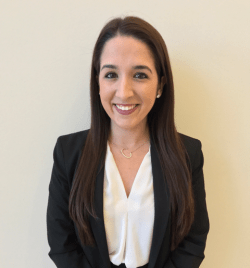 by Crystal Revilla
Once any type of content is posted on the Internet, it is there forever. This permanency has made removing potentially damaging photographs or posts that have been floating around the Internet nearly impossible. Such content can result in extreme embarrassment, affect careers, and have catastrophic effects on personal relationships and reputations. With the constant evolution of technology and the seemingly never-ending expansion of the Internet, is it possible for content to be permanently removed?
The “right to be forgotten” is a somewhat recent solution to this issue. On May 13, 2014, the European Court of Justice[1] recognized the “right to be forgotten” in Google Spain SL v. Agencia Española de Protección de Datos.[2] The court held that search engines must comply with an individual’s request to remove hyperlinks to websites containing personal information if the information is “inadequate, irrelevant or no longer relevant, or excessive in relation to those purposes and in the light of the time that has elapsed.”[3] In Google Spain SL, a Spanish citizen sued Google after his requests to remove two hyperlinks were denied.[4] The hyperlinks provided access to announcements regarding a real-estate auction that had been fully resolved for years, making the two hyperlinks completely irrelevant.[5] The European Court noted that the “right to be forgotten” is not absolute, and must be balanced with other fundamental rights found in the European Charter.[6]
This right has yet to be recognized in the United States out of fear that doing so would lead to First Amendment implications and censorship of the Internet.[7] However, without this recognized right, how can a victim in the United States obtain relief?
In an effort to provide recourse for victims, and, in a sense mimic the European Union, California passed an “eraser button” law, and other states are considering similar legislation.[8] For example, in California, websites with registered users under the age of eighteen must allow users to remove their own postings.[9]
The rationale behind “eraser button” laws is to protect teens who have posted things on the Internet that they may later regret.[10] Whether these laws are actually useful in protecting minors, or only function like the delete buttons on our popular social media websites, is debatable.[11] Merely passing “eraser button” laws does not address the implications behind the removal of online posts. This is because the “right to be forgotten” can essentially be broken down into three levels: “the right to delete things you’ve posted online, yourself; the right to delete something you’ve posted that someone else has re-shared; and the right––and this is the most divisive––to delete something that someone else has posted about you, but that you otherwise had nothing to do with.”[12] As a result, “eraser button” laws, like the one enacted in California, do not offer any protection past the first level, leaving victims without an effective solution to remove irrelevant content.
These “eraser button” laws will eventually become obsolete and require modification or extension, leaving states back at square one, because they fail to address the second and third levels of the “right to be forgotten.” Whether the United States will eventually realize that further protection is necessary and follow precedent set in the European Union’s holding in Google Spain SL, especially in the context of great concern over censorship and freedom of expression, is highly questionable. However, some type of protection in the form of federal legislation for posts made by others is warranted.
[1] The European Court of Justice was established in 1952 and is tasked with ensuring that European law is interpreted and applied consistently in every member state. In addition, the European Court of Justice may also hear cases regarding disputes between individuals, companies, or the governments of member states. The court is based in Luxemburg and is composed of one judge from each state, totaling 28 judges. See Court of Justice of the European Union, European Union (Oct. 27, 2016), https://europa.eu/european-union/about-eu/institutions-bodies/court-justice_en.
[2] Case C-131/13, Google Spain SL v. Agencia Española de Protección de Datos, 2014 E.C.R. 317, ¶ 93.
[3] Id.
[4] Id. ¶¶ 14–15.
[5] Id.
[6] Id. ¶ 81 (“However, inasmuch as the removal of links from the list of results could, depending on the information at issue, have effects upon the legitimate interest of internet users potentially interested in having access to that information, in situations such as that at issue in the main proceedings a fair balance should be sought in particular between that interest and the data subject’s fundamental rights under Articles 7 and 8 of the Charter. Whilst it is true that the data subject’s rights protected by those articles also override, as a general rule, that interest of internet users, that balance may however depend, in specific cases, on the nature of the information in question and its sensitivity for the data subject’s private life and on the interest of the public in having that information, an interest which may vary, in particular according to the role played by the data subject in public life.”).
[7] Farjah Manjoo, ‘Right to Be Forgotten’ Online Could Spread, N.Y. Times (Aug. 5, 2015), http://www.nytimes.com/2015/08/06/technology/personaltech/right-to-be-forgotten-online-is-poised-to-spread.html?_r=0.
[8] Similar legislation is being considered in New Jersey and Illinois, and the “Do Not Track Kids Act of 2015” was introduced by Senators Edward Markey and Joe Barton in June 2015. See Caitlin Dewey, How the ‘Right to Be Forgotten’ Could Take over the American Internet, Too, Wash. Post (Aug. 4, 2015), https://www.washingtonpost.com/news/the-intersect/wp/2015/08/04/how-the-right-to-be-forgotten-could-take-over-the-american-internet-too/; Do Not Track Kids Act, H.R. 2734, 114th Cong. (2015).
[9] Kathleen Miles, Teens Get Online ‘Eraser Button’ with New California Law, Huffington Post (Mar. 3, 2014), http://www.huffingtonpost.com/2013/09/24/teens-online-eraser-button-california_n_3976808.html.
[10] Id.
[11] Dewey, supra note 8.
[12] Id.