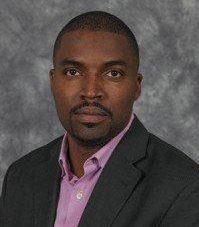 On November 3, 2016, Professor Charles C. Jalloh was elected by United Nations member states to the International Law Commission (ILC). The ILC, whose members are elected by majority vote of the 193 states comprising the General Assembly, is the principal subsidiary organ established in 1947 to carryout the mandate of the Assembly under Article 13(1)(a) of the Charter of the United Nations to “initiate studies and make recommendations for the purpose of … encouraging the progressive development of international law and its codification”.

“I was humbled to have been nominated by Sierra Leone, and even more humbled, that I was elected by the UN member states to this important position,” said Professor Jalloh. “Membership of the ILC is a terrific opportunity to serve the international community. In that role, I will have the privilege to work with some of the best legal minds to help advance the goals of a rule-based international legal order by participating in the codification and development of laws that aim to advance peaceful inter-state relations.”

According to Dean R. Alexander Acosta, FIU College of Law, “Professor Jalloh’s election to the Commission is a credit to his reputation as a renowned international legal scholar and his deep commitment to international law, criminal justice, and human rights. We are fortunate to have him at FIU Law. We are also tremendously proud of his continuing contributions to all these fields, and are excited to follow his efforts on the Commission.”

The ILC is comprised of 34 legal scholars and practitioners from different parts of the world. Members are elected on the basis of the following geographic distribution of seats: eight nationals from African States; seven from Asia-Pacific States; four from Eastern European States; seven from Latin American and Caribbean states; and eight from Western European and Other States. “For an international law scholar, only a handful of whom get the privilege to serve on the ILC in the course of their careers, it does not get any better than this. It is like winning an Academy Award,” Professor Jalloh explained. “Needless to say, this is great for our law school and great for our University”.

Given its unique mandate, over the past few decades, the ILC has played a central role in shaping modern international law. Indeed, its outputs have formed the basis of many significant multilateral agreements concluded by states. These include the Vienna Convention on the Law of Treaties; the Vienna Conventions on Diplomatic and Consular Relations; the Statute for an International Criminal Court as well as the seminal Articles on the Responsibility of States for Internationally Wrongful Acts. This year, the ILC completed Draft Articles on the Protection of Persons in the Event of Disasters, recommending them for adoption as a global convention. Ongoing topics include crimes against humanity; immunity of state officials from foreign criminal jurisdiction; identification of customary international law; protection of the environment in relation to armed conflicts, peremptory norms (jus cogens); protection of the atmosphere; and subsequent agreements and subsequent practice in relation to the interpretation of treaties.

Professor Jalloh will begin his five-year term with the Geneva-based ILC, which meets full-time for its two sessions each summer, starting on January 1, 2017. A brief summary of his biography can be found below. Read more about the ILC here and the announcement of the 2016 election results.

Professor Jalloh is a professor of law at FIU College of Law, Miami, USA, where he teaches and researches primarily in the area of international law; an FIU Top Scholar for 2015 and the Founding Director of the African Court Research Initiative. Before academia, he distinguished himself in domestic and international legal practice. He was Counsel in the Department of Justice and the Department of Foreign Affairs and International Trade in Ottawa, Canada; an Associate Legal Officer in the United Nations International Criminal Tribunal for Rwanda in Arusha, Tanzania; and a Legal Advisor and Duty Counsel in the Special Court for Sierra Leone in Freetown as well as The Hague. He has appeared as counsel and advised states and international organizations on issues of international law, including most recently the African Union, for which he was the first Amicus Counsel in proceedings before the Appeals Chamber of the International Criminal Court in The Hague in October 2015.

Professor Jalloh holds a Bachelor of Arts (B.A.) from the University of Guelph, and Bachelor of Laws (LL.B.) and Bachelor of Civil Law (B.C.L.) degrees from McGill University, Canada. He earned a Master’s in International Human Rights Law at Oxford University, United Kingdom, where he studied as a Chevening Scholar. He graduated with Distinction and was ranked in the top of his class. He completed his Doctor of Philosophy (Ph.D.) degree in International Law at the University of Amsterdam, The Netherlands.