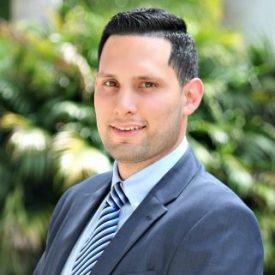 By Anthony J. Gonzalez
Florida’s juvenile justice system is broken. Though prosecutors yield the most authority in a prosecution, their unbridled discretion in direct filing children as adults[1] treads the line of absolute power. The resulting system subjects children to a process they still cannot understand months or years later.[2] Awareness of child sentencing problems has been spread, the media[3] has taken notice, and Florida’s legislature has attempted—but failed—to remove this unchecked power.[4] The uptick in juvenile cases raising serious concern about juvenile justice issues leads to the belief that there is finally a light at the end of this tunnel, beginning with Graham v. Florida.[5]
In Davis v. State, the Fourth District Court of Appeal affirmed the seventy-five-year sentence imposed on sixteen-year-old Robert Davis following a guilty plea in 1991.[6] Davis argued, under a motion for post-conviction relief,[7] that “his 75-year aggregate sentence was a de facto life sentence that did not provide him a meaningful opportunity for release within his natural life.”[8] The court attempted to draw a line in the sand as to the context of that meaningful opportunity by utilizing Henry v. State and Gridine v. State on one end, versus a string of First District Court of Appeal opinions other the other.[9] In Henry v. State, the court found no meaningful opportunity to obtain release existed because the child, sentenced to ninety years imprisonment, would be ninety-five years old at the earliest possible release date.[10] Gridine reached the same result in response to a seventy-year sentence.[11]
The Davis court sided with three recent rulings in the First District Court of Appeal that found the sentences imposed did not amount to a violation of Graham:[12] Collins v. State,[13] Kelsey v. State,[14] and Abrakata v. State.[15] Though Davis lost in this appeal, the court also certified four questions to Florida’s highest court.[16] We need only focus on one: “Should courts consider life expectancy in determining whether a sentence is unconstitutional under Graham and Henry? If so, what measure of life expectancy should be used?”[17]
The issue is that the courts’ application of the standard in Davis, Collins, Kelsey, and Abrakata is shortsighted and arbitrary––perhaps even unconstitutional––making the above posed question the most important one. How are the courts calculating life expectancy? According to the Center for Disease Control’s (CDC) annual report on vital statistics, the life expectancy of persons born in 1975, the year Davis was born, was 72.5 years.[18] However, the more explicit the factors in distinguishing a class of people, the greater the variation in life expectancy:

In more recent years, the CDC’s annual reports on vital statistics has grown to encompass more data and further subdivide “all other males/females” into Black, Hispanic, and other groups.[19] Those numbers, albeit helpful, are still shortsighted and arbitrary for purposes of the Graham standard because they fail to account for markers of socioeconomic status[20] and cannot reliably include congenital defects, familial health-related issues, or other individualized markers during a person’s formative years that affect overall life expectancy.[21]
The Davis court hunkers down on the notion that Davis is eligible for substantial amounts of gain time[22] and expects him to be released when he is in his mid-fifties.[23] Thus, the court found that Davis would have a meaningful opportunity for release within his natural life.[24] Based on the CDC vital records statistics from 1975 shown above, Davis, in a best-case scenario, would be able to live out the remaining—wait for it—7.6 years of his natural life outside of prison.
According to one source, adult male inmates have an average life expectancy of 58.1 years.[25] That same source reports that adult male inmates who begin serving natural life sentences as children have an average life expectancy of 50.6 years.[26] Those numbers are further reduced for black inmates.[27] The point is that, though the Davis court fashions an argument that appears to validate the constitutionality of Davis’s sentence, Davis will have served a de facto life sentence for a non-homicidal offense in violation of the Supreme Court’s ruling in Graham.
“States recognize that children who commit crimes are different from adults: as a class, they are less blameworthy, and they have a greater capacity for change.”[28]  While Florida continues to march to the beat of its own drum in direct file prosecutions, the Florida Supreme Court has the power to respond to the inaction of our state legislators by forcing lower courts to craft a subjective and individualized assessment of life expectancy. Absent such a measure, our “rehabilitative” system of justice will continue to fail the children of Florida.

At what number of years would the Eighth Amendment become implicated in the sentencing of a juvenile: twenty, thirty, forty, fifty, some lesser or greater number? Would gain time be taken into account? Could the number vary from offender to offender based on race, gender, socioeconomic class or other criteria? Does the number of crimes matter? There is language in the Graham majority opinion that suggests that no matter the number of offenses or victims or type of crime, a juvenile may not receive a sentence that will cause him to spend his entire life incarcerated without a chance for rehabilitation, in which case it would make no logical difference whether the sentence is “life” or 107 years. Without any tools to work with, however, we can only apply Graham as it is written. If the Supreme Court has more in mind, it will have to say what that is.