“Cutting the Middleman” in Repossessions: Rights of Consignors Against Bona Fide Purchasers 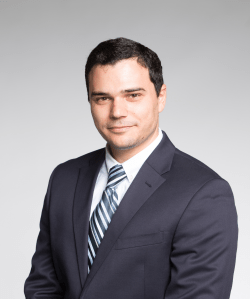 Distributors, dealers, retailers, and generally other types of “sale middlemen” play a crucial role in the sale strategy, stability, and growth of particular industries. As much as manufacturers and consumers alike would like to eliminate these sales intermediaries, in certain cases it is just impossible. For example, it would be unthinkable for the average individual to purchase a car directly from the manufacturer, without ever doing a test-drive, and without financing. The automobile and many other industries share a similar method of distribution for their products: a middleman holding goods on consignment.

What is a consignment agreement? In Florida, the answer comes directly from the statutory text:

“Consignment” means a transaction, regardless of its form, in which a person delivers goods to a merchant for the purpose of sale and:

a. Deals in goods of that kind under a name other than the name of the person making delivery;

b. Is not an auctioneer; and

c. Is not generally known by its creditors to be substantially engaged in  selling the goods of others;

2. With respect to each delivery, the aggregate value of the goods is $1,000 or more at the time of delivery;

3. The goods are not consumer goods immediately before delivery; and

4. The transaction does not create a security interest that secures an obligation.[1]

Obviously, one can immediately tell that the sale of goods on consignment requires a strong trust relationship between the consignor and the consignee. The consignor effectively entrusts its valuable inventory to the consignee for the promise of a future payment. If everything goes well the consignor collects the sale price plus the fees, but what happens if the consignee goes rogue and runs with the bank? The law in Florida seems to provide unexpected answers.

In addition to the terms and duties implied by law, the parties are bound by the terms of the contract they sign. In addition to the more obvious dickered terms like price and quantity, allocation of the risk of loss is one of the terms that the parties can bargain for.[8] In Alan Cutler, Inc. v. New England Diamond Corp., the Third District Court of Appeal held a jewelry consignee liable to the consignor for the value of the consigned jewelry stolen in an armed robbery that occurred at the consignee’s store.[9] The court reached this result because of the express risk of loss provision included in the memorandum accompanying the consigned goods.[10]

With respect to the purchase-money security interest in the consigned goods, the Florida Supreme Court in Edwards v. Baldwin Piano Co. seemed to make an unexpected decision. [11] In Edwards, Landlord-plaintiff in execution tried to recover unpaid rent from consignee-defendant, by levying and selling consigned property owned by a third party consignor.[12] The court held that plaintiff could recover because, although the consignment created an agency relationship and did not transfer title to consignee, a bona fide purchaser (or a judgment creditor) preserved a good claim of title as against the consignor.[13] One recognizes immediately that the consignor’s purchase-money security interest is a lower claim of title than a levy in aid of execution. But how can a levy be executed against the property of someone other than the judgment debtor?

In Florida, one cannot convey a higher possessory right than he has, even to a bona fide purchaser.[14] Therefore, the claim of title of the original owner is higher than that of a bona fide purchaser of a misappropriated good.[15] Such is the case in the context of the typical “fencing of stolen goods” scenario. For example, in Alamo Rent-a-Car, Inc. v. Williamson Cadillac Co., the defendant, a bona fide purchaser, bought a car from a thief, who had merely leased the car from plaintiff Alamo and then fraudulently requested and obtained a certificate of title in his name.[16] The thief then sold the vehicle with the forged certificate of title to defendant.[17] The court held that Alamo Rent-a-Car had a higher possessory interest than defendant-bona fide purchaser because the thief could not legally convey a claim of title he did not have.[18]

This is why the bona fide purchaser from a consignee/dealer is protected and deemed to have a higher claim of title to the goods than the consignor itself.[19] The statutory provisions are clear that the “entrusting of goods to a consignee gives the consignee the right to transfer title to a bona fide purchaser in the ordinary course of business.”[20] Further, “any entrusting of possession of goods to a merchant who deals in goods of that kind gives the merchant power to transfer all rights of the entruster to a buyer in ordinary course of business.”[21] The statute clearly provides that this applies even if the consignee had voidable title and the delivery of the goods “was procured through fraud punishable as larcenous under the criminal law.”[22] This concept of priority of claim of title is corroborated by section 679.319(1) of the Florida Statutes, which gives the consignee in the regular course of business an equal power to transfer title as the consignor: “for purposes of determining the rights of . . . purchasers for value of goods . . . the consignee is deemed to have rights and title to the goods identical to those the consignor had or had power to transfer.”[23] The statutory comment to the section above eliminates any remaining doubt: consignors have a weaker claim of title than bona fide purchasers, who are protected by statute. That is because consignors reap the benefits of the consignment relationship and profit from it.[24]

Concluding, although the consignment arrangement may be a necessary tool for manufacturers to capture certain channels of distribution, it may allow for certain unexpected consequences if the business between consignor and consignee goes sour. While consignors will maintain a plethora of remedies against the consignee for any breach of the consignment agreement (not only breach of contract, but also breach of fiduciary duties), the same does not hold true against the final customers/bona fide purchasers. Automobile manufacturers and other consignors beware, and choose your consignees wisely! Once the consigned goods have been sold to a bona fide purchaser, there is no way to recover them.