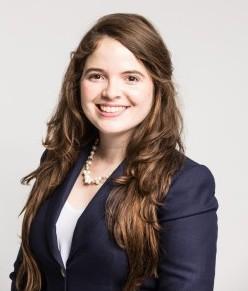 “Can’t take a joke, eh? A little levity is good for body, mind, and soul, y’know. Suing over THAT little schoolyard jab? I say you’re either “thinskinned or a self-important prig.”[1]

Only a thin line separates protected humor from humor that may be defamatory in nature. Courts have had a difficult time maintaining this line. On one hand, an individual has the right to be free from an attack on his or her reputation. On the other, individuals have a constitutionally protected right to free expression. In an attempt to navigate these complex waters, courts have made a distinction between a fact and an opinion. If a humorous assertion goes down the opinion route, no liability is attached, however, the same cannot be said from a joke found to contain false, factual allegations that hurts someone’s reputation.

Interestingly, courts regulate humor more than it is actually believed. Non-obvious examples include criminal cases for making a joke about placing a bomb on an airplane or threatening the president.  Often, courts are faced with petitions to enjoin a parody. However, defamation is the most common claim when a plaintiff seeks to recover from a dignitary harm flowing from a humorous situation.

Defamation can be any statement that hurts a person’s reputation. If the defamatory statement is written, it is called libel, whereas a spoken defamatory statement is called slander. While the laws of defamation vary from state to state, certain elements are common to all defamation claims. In order to win a defamation claim, a plaintiff must prove that the statement was: (1) published, meaning that a third party heard or saw the statement; (2)  false; (3) been injurious, meaning that the plaintiff must show that his or her reputation was damaged; and (4)  unprivileged.

Defamation claims relating to movies are quite common. However, most of the defamation claims are a direct result of plaintiffs taking issue with how their “persona” was portrayed to the public. Not many cases exist where a plaintiff alleged he or she was defamed as a result of his or her name been broadcasted along with factual inaccuracies in a movie for the world to see. Recently, however, Paul Brodeur initiated one such case against the producers of the successful movie American Hustle.

In a very brief exchange between Rosalyn (played by Jennifer Lawrence) and her husband Irving (played by Christian Bale), she tells her husband that microwaves take the nutrition out of food and dissipates his skepticism by showing him an article written “by Paul Brodeur.” As it happens, the real Paul Brodeur was quoted saying the complete opposite in an interview with People magazine back in 1978. Mr. Brodeur has claimed $1 million in damages as a result of what he perceived was a defamatory attack to his scholarship.

While the case may seem your run of the mill Hollywood defamation case, at stake is a bigger issue: whether courts should look at defaming statements alone without considering it in the abstract or look at the whole picture in order to place the statement in context. The latter would seem to be the correct analysis, yet a Superior Court of California’s judge ruled that the suit should proceed, despite defendant’s motion to dismiss, remarking that a jury should be the one to decide.

Here, defendants’ best argument depends on whether the jury considers that a viewer could not have reasonably taken Rosalyn’s argument as a factual statement. In Milkovich v. Lorain Journal Co., 497 U.S. 1, 20 (1990), the Supreme Court found that the First Amendment protects “statements that cannot reasonably be interpreted as stating actual facts.” The Court explained that courts must look at the general context of the statement to determine under the “totality of circumstances” whether the statement could be considered an actionable statement of fact or an opinion. Lorain Journal provides a solid argument for the defendants that Rosalyn’s assertion will not carry a defamatory meaning because, when looked at in the context of the entire movie, it is clear that the statement was never intended to be understood as a statement of fact. Plaintiff’s attempt to focus the court’s attention on part of the movie without considering the rest of the film runs afoul of the Supreme Court’s decision in Lorain Journal.  In fact, the movie’s reference to Brodeur and microwaves is but one of the many 1970s “vibe” and artistry allusions that helped advanced the evocation of the late 1970s culture, a prominent feature throughout the film.

Rosangel Rodriguez is an Articles/Comments Editor at the FIU Law Review. Ms. Rodriguez can be reached at rrodr149@fiu.edu.