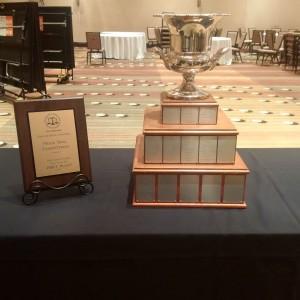 Welcome home from Jacksonville your Champion FIU Trial Team, having taken First Place – and the Best Advocate Award – in the Chester H. Bedell Memorial Mock Trial Competition, sponsored by the Trial Lawyers Section of The Florida Bar and held as part of their annual Trial Lawyers Summit.

Florida is among the toughest mock trial states in the nation.

Round 1 was Wednesday evening.  Round 2 was Thursday morning.  Then, only the Top 8 advance – to the Quarterfinals – on Thursday afternoon.  Friday morning, the Top 4 went to the Semifinals.  And Friday afternoon was the Championship round, which was tried in the “grand ballroom” before seven (7) jurors, an audience of approximately 100 high school and college teachers, and the Honorable Timothy J. Corrigan, United States District Judge for the Middle District of Florida, presiding. 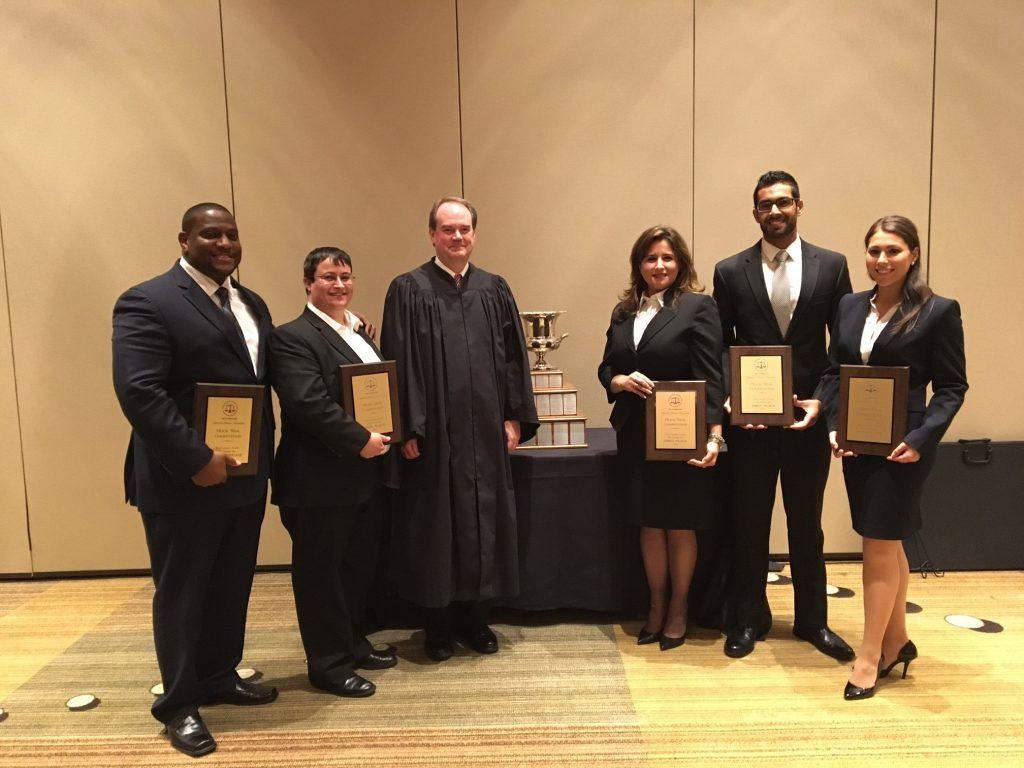 The coveted Bedell Championship trophy came home with us, and after engraving will be will be proudly displayed outside of the small courtroom for the year to come, until we defend our title in January 2017.

The mission statement for our Bedell team was 14 Strong:  10 students and four (4) coaches giving all they had, with all their might, coming together to accomplish a greater goal – unachievable without any one of them, and better for having shared its ups, and downs, together.

The Bedell team was coached by Professor H. Scott Fingerhut, Trial Team alumni Ari Goldberg ’12 and Mike Ryan ’10, and Miami-Dade Assistant State Attorney Pallavi Garg, along with the help of Professor H.T. Smith, of course, and the assistance of the many local trial lawyers and judges who so generously continue to support our students, our Trial Advocacy Program, and our special brand of Passionate Principled Advocacy, as we strive to cultivate the next generation of great legal storytellers.

Your Trial Team did FIU proud.